Are you a big Disney fan? Love 101 Dalmatians? Corinne Jones and her fiance Tony Collier love both and wanted to recreate the scene from the animated movie in which Pongo takes the initiative to unite Roger and Anita in the park. 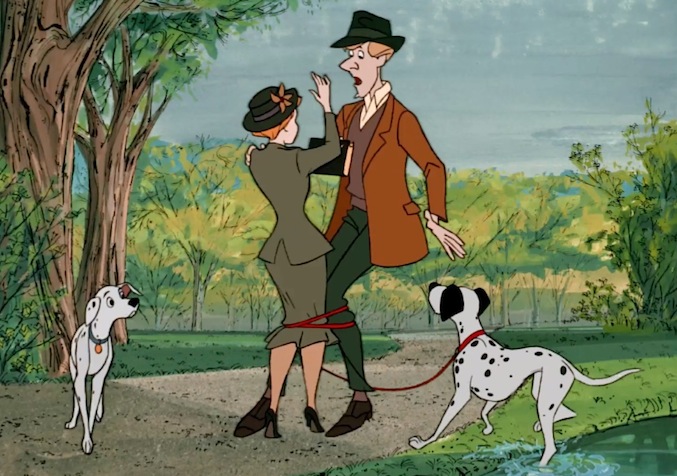 Here is the animation of the entire scene:

The couple dressed in period fashion and used their own dogs Izzy, a mastiff mix, and Mookie, a black lab mix. While not dalmatians the two dogs are such a part of their owner’s lives that they deserved a part in the photos and memories for the couple. The dogs were incredibly well behaved and helped the shoot become what it needed to be. The hardest part was making sure that the couple’s facial expressions matched those from the animation scenes. The photographer is the couple’s cousin Melissa Biggerstaff. 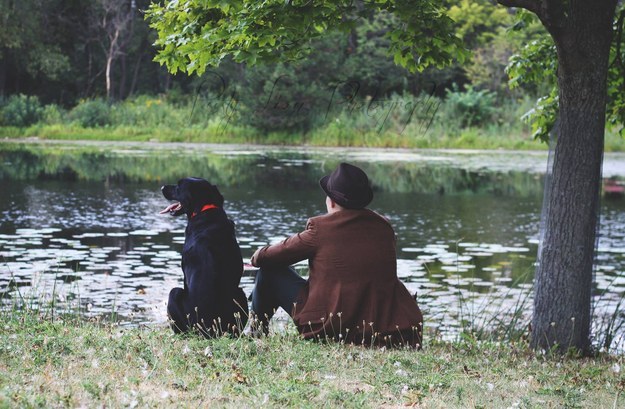 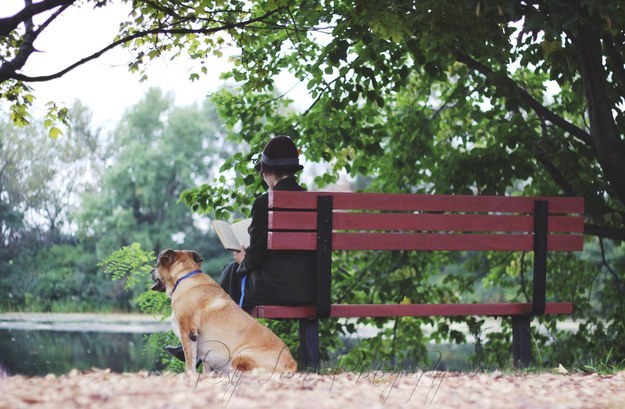 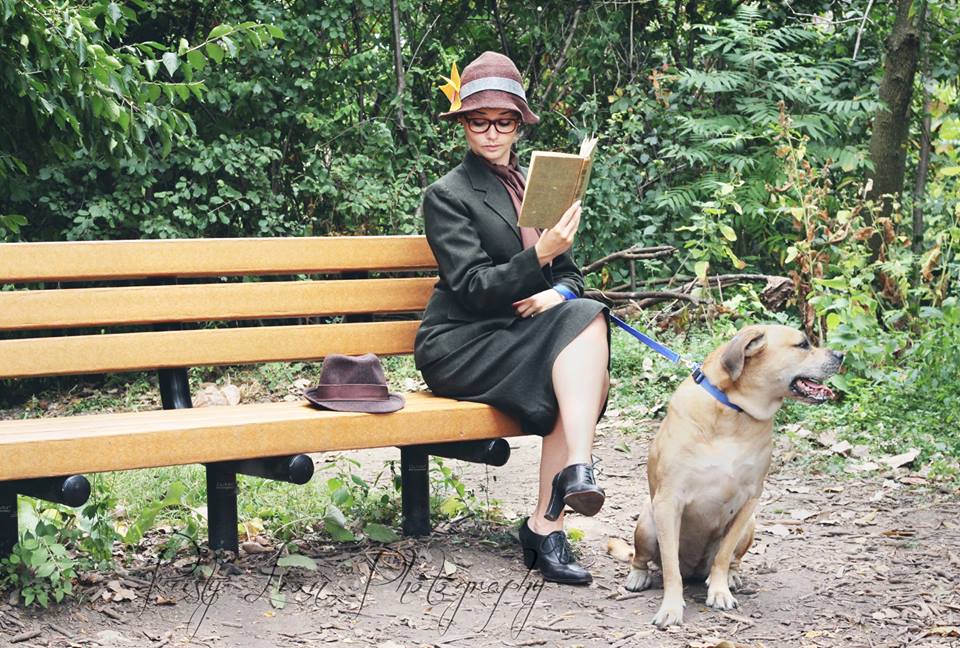 The reason the couple likes the love story in the movie so much Corinne explains:

“I’ve always loved that Roger and Anita were not the typical fairy tale — they were believable characters who didn’t just come together merely by wishing on a star and casting a magic spell, Pongo had to take the first step.” 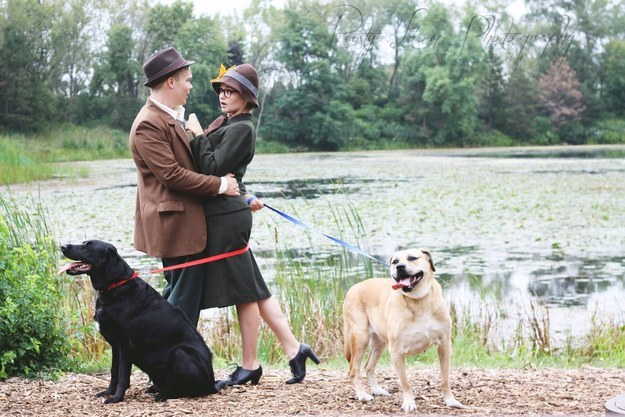 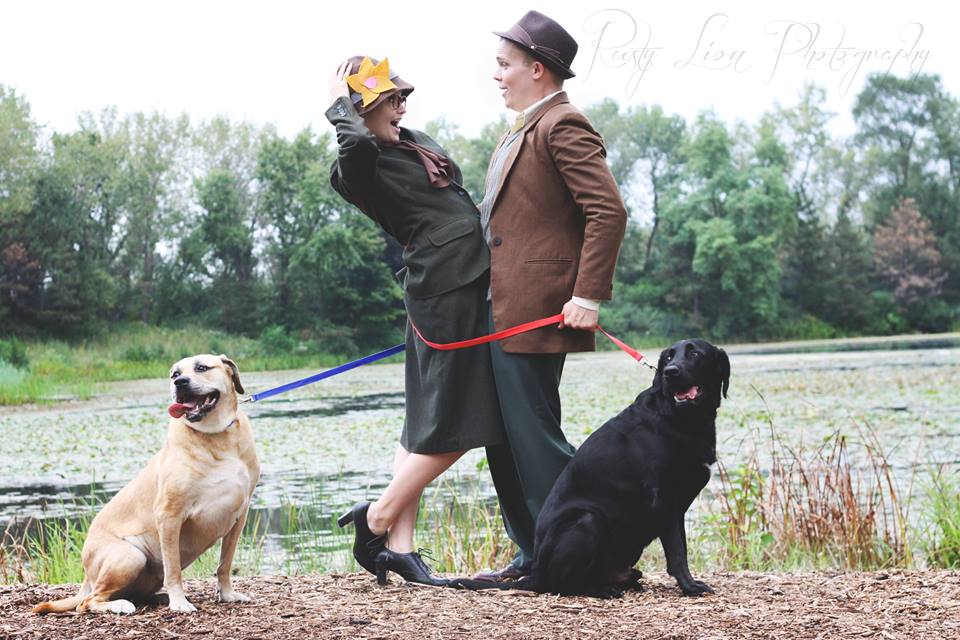 The couple started their relationship at a marching band formal in 2009. Disney has been a part of their relationship ever since. Their first vacation together was to Disney World and both worked at the Magic Kingdom after graduation. When Tony proposed he set up a scavenger hunt that ended with a picture of Corinne as Cruella da Vil, her favorite villain, and he used the lines of the villain’s henchman Horace who stated that he didn’t want a princess but a villain. So it was only natural to incorporate 101 Dalmatians into their engagement photos.

They even took photos of the pond scene: 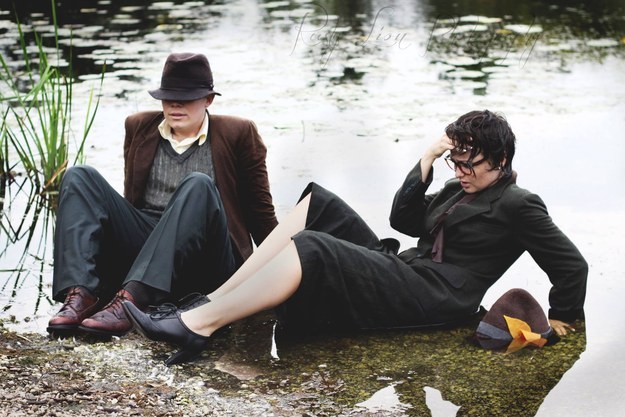 In which they got wet but did not actually take a dip in the pond.

And Roger offering his sodden handkerchief: 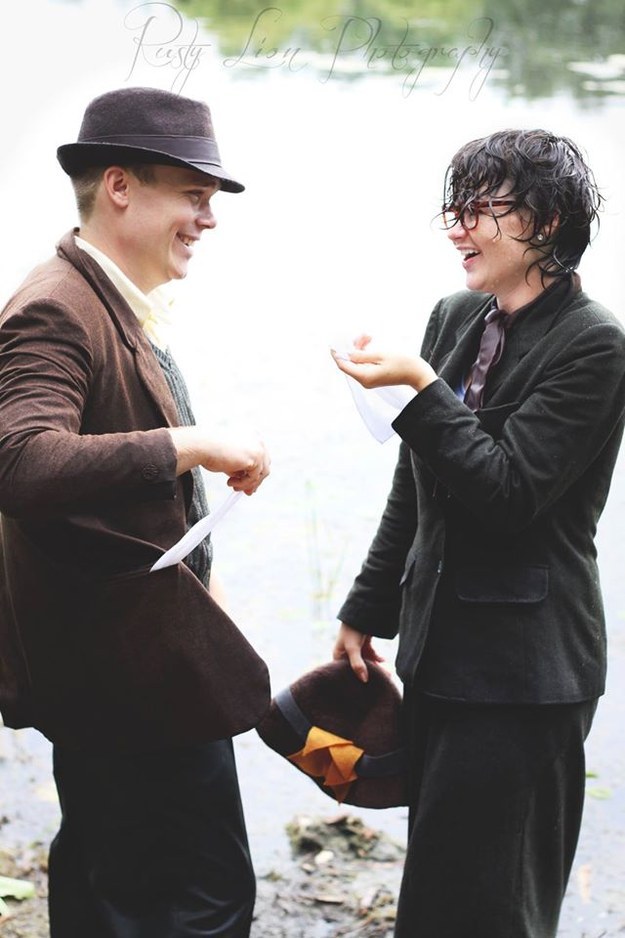 Very cute and a unique idea! Did you incorporate your pets into special photo sessions like your engagement or wedding?

You can see more of the photos from the shoot here, and read more about the couple here.