Hope everyone had a wonderful Halloween!

Here is a small taste of our Halloween photo shoot with Sheriff Tauntaun: 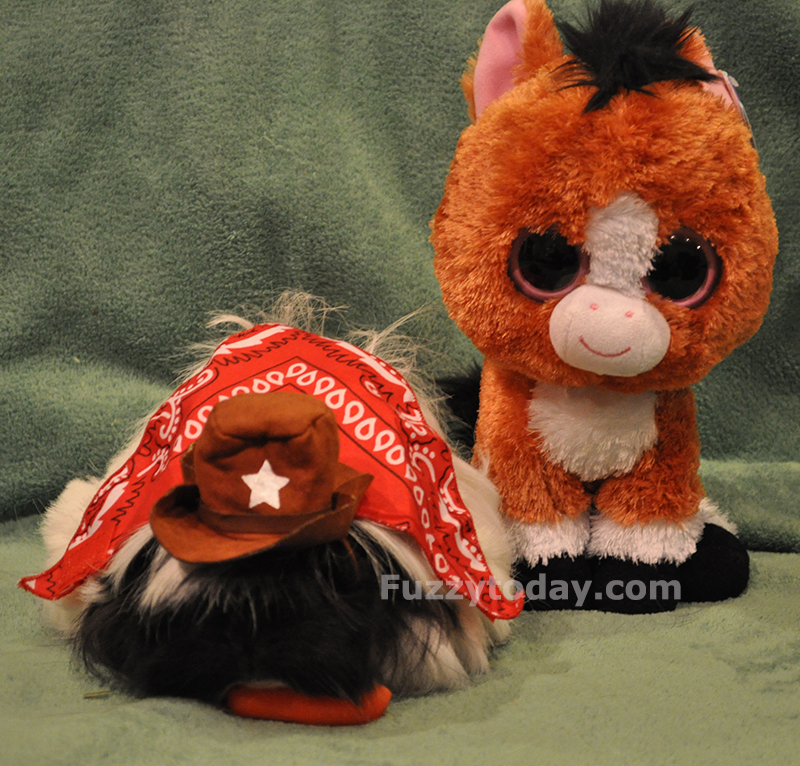 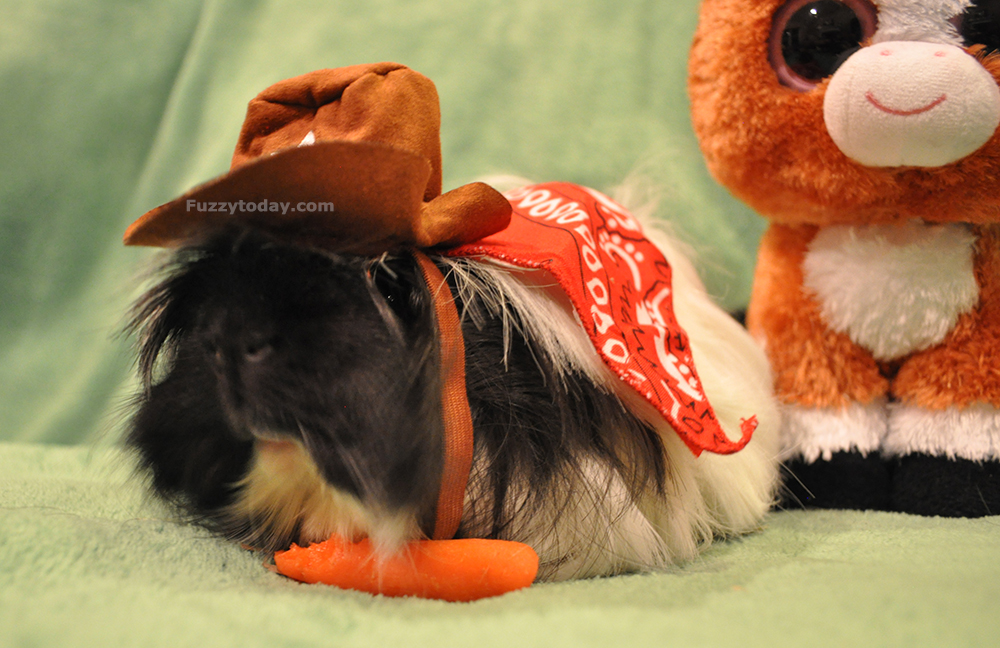 Have a happy and safe Halloween! Remember to keep pets safe, not everyone is kind and not everyone feels safe around dogs. Keep costumes fun but not restrictive or dangerous, and don’t put them on any animal that hates them.

Your staff and intern pigs put on some costumes to show off for the occasion. 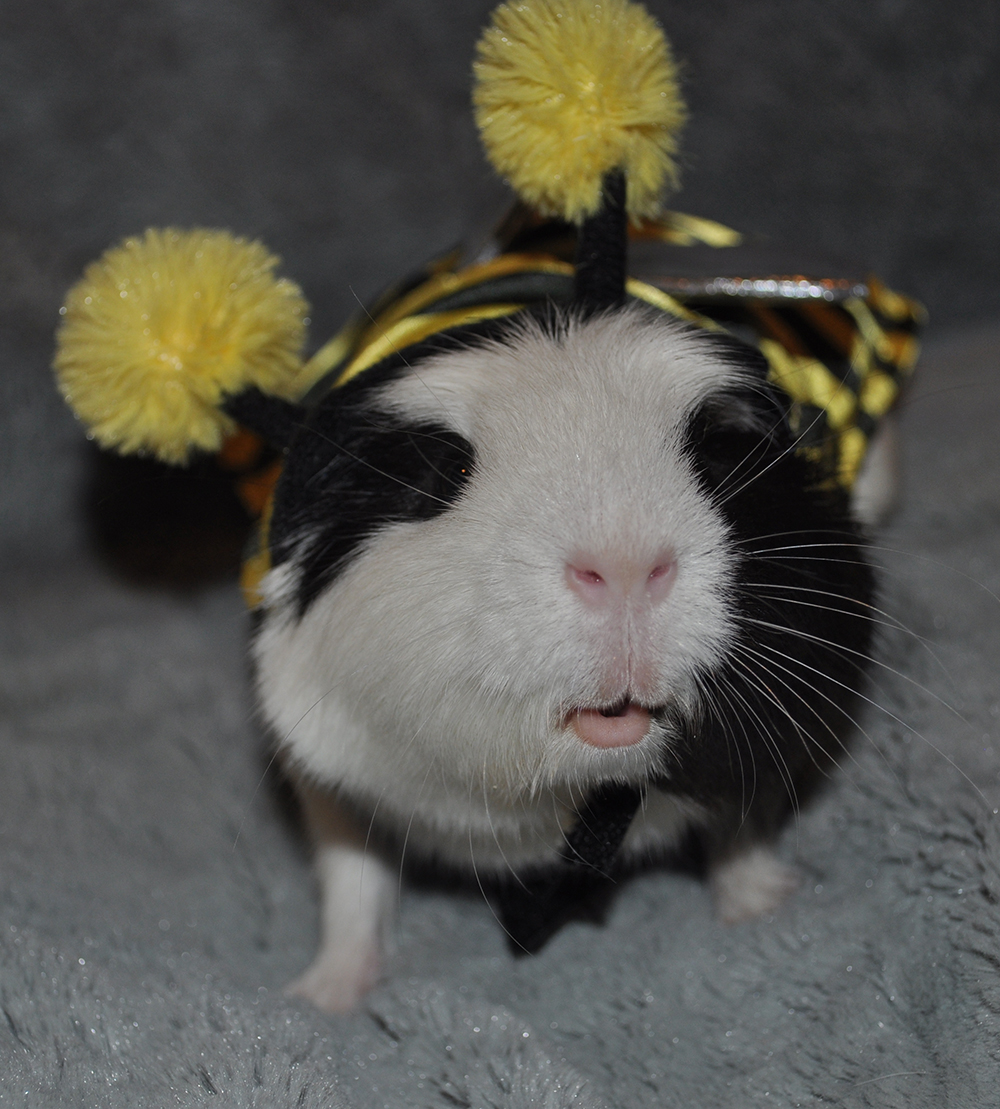 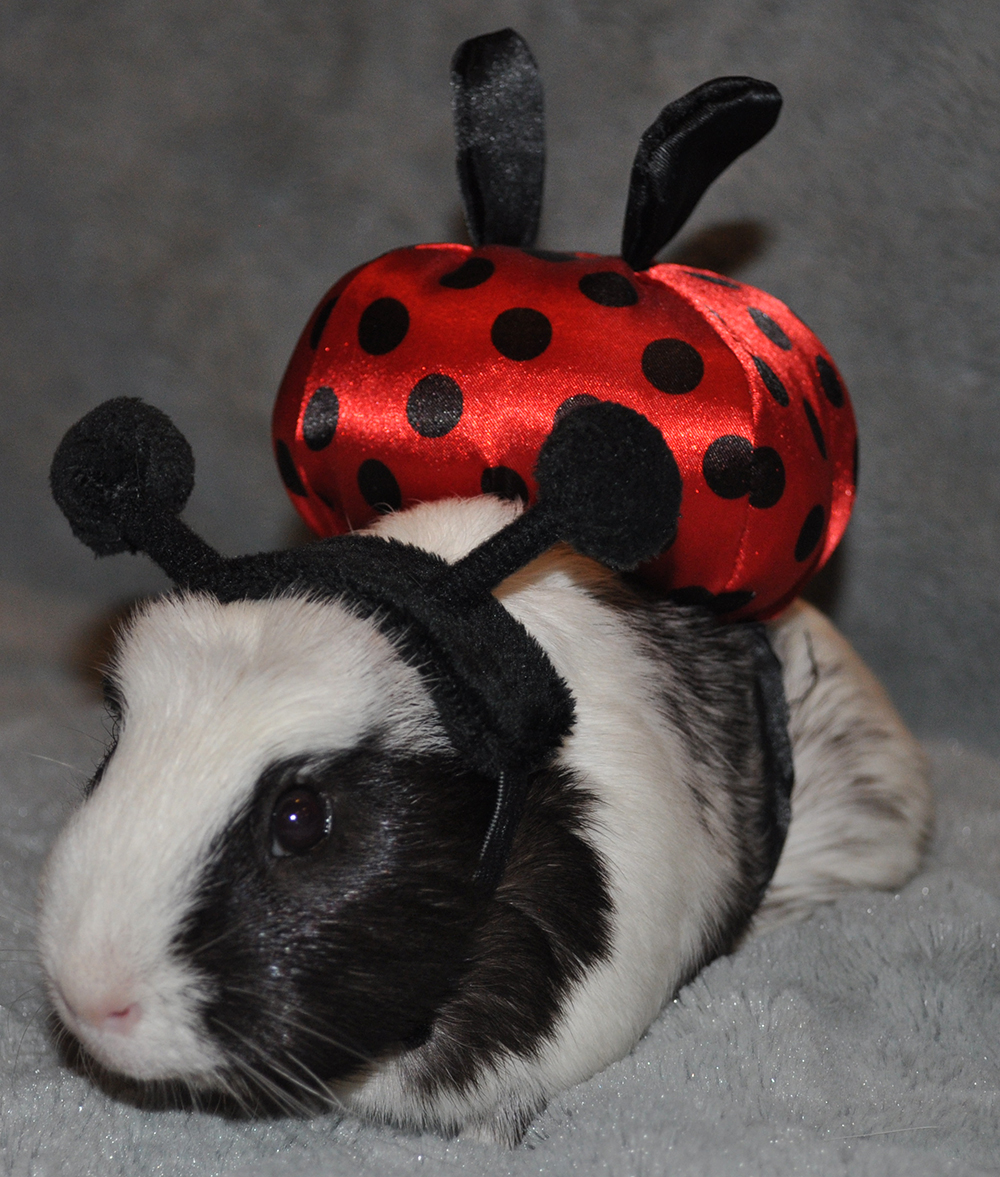 And I couldn’t resist dressing up the new interns in the same outfits: 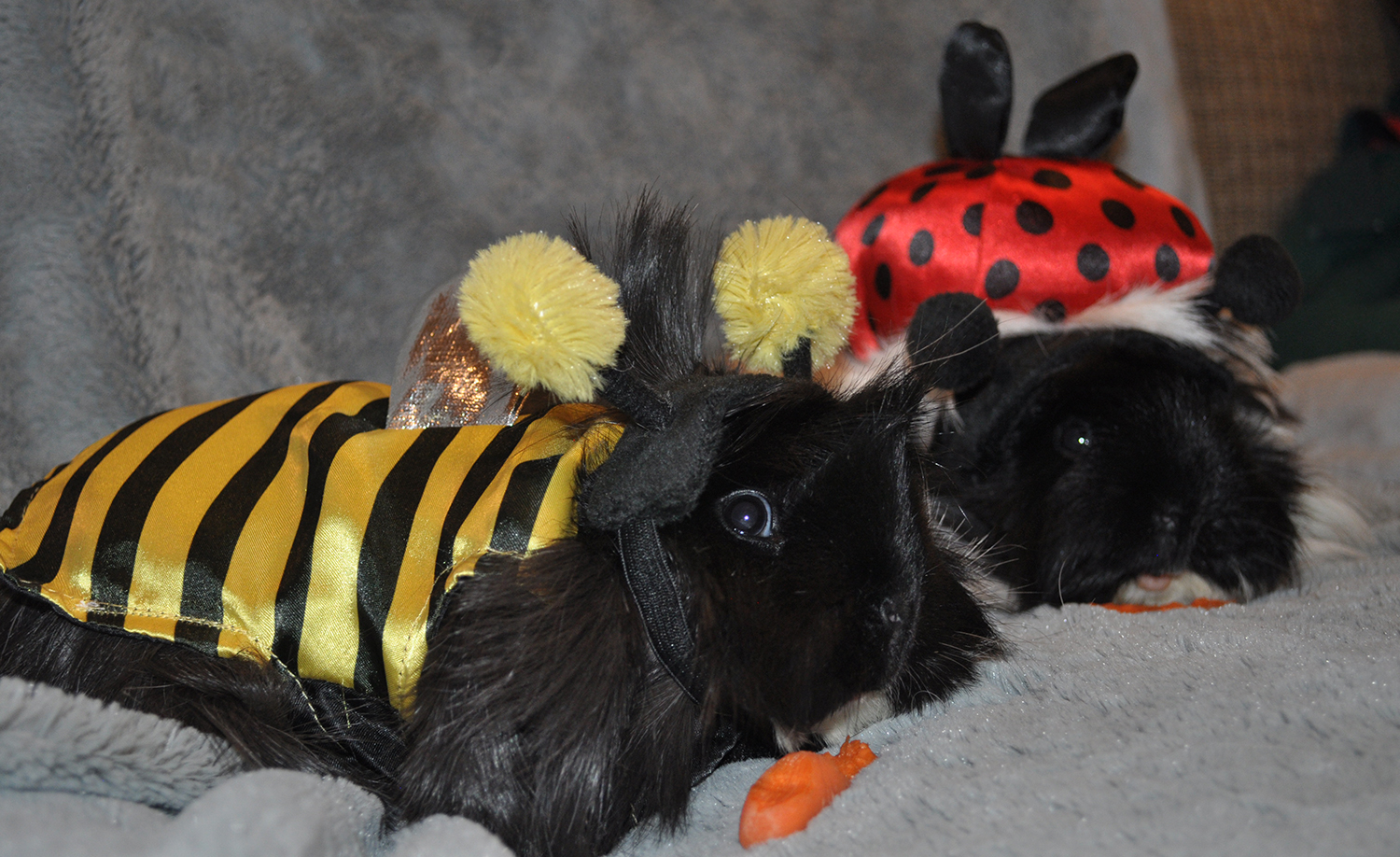 They were not so sure about the whole thing. Look at those eyes!

But their hair just makes them irresistible. 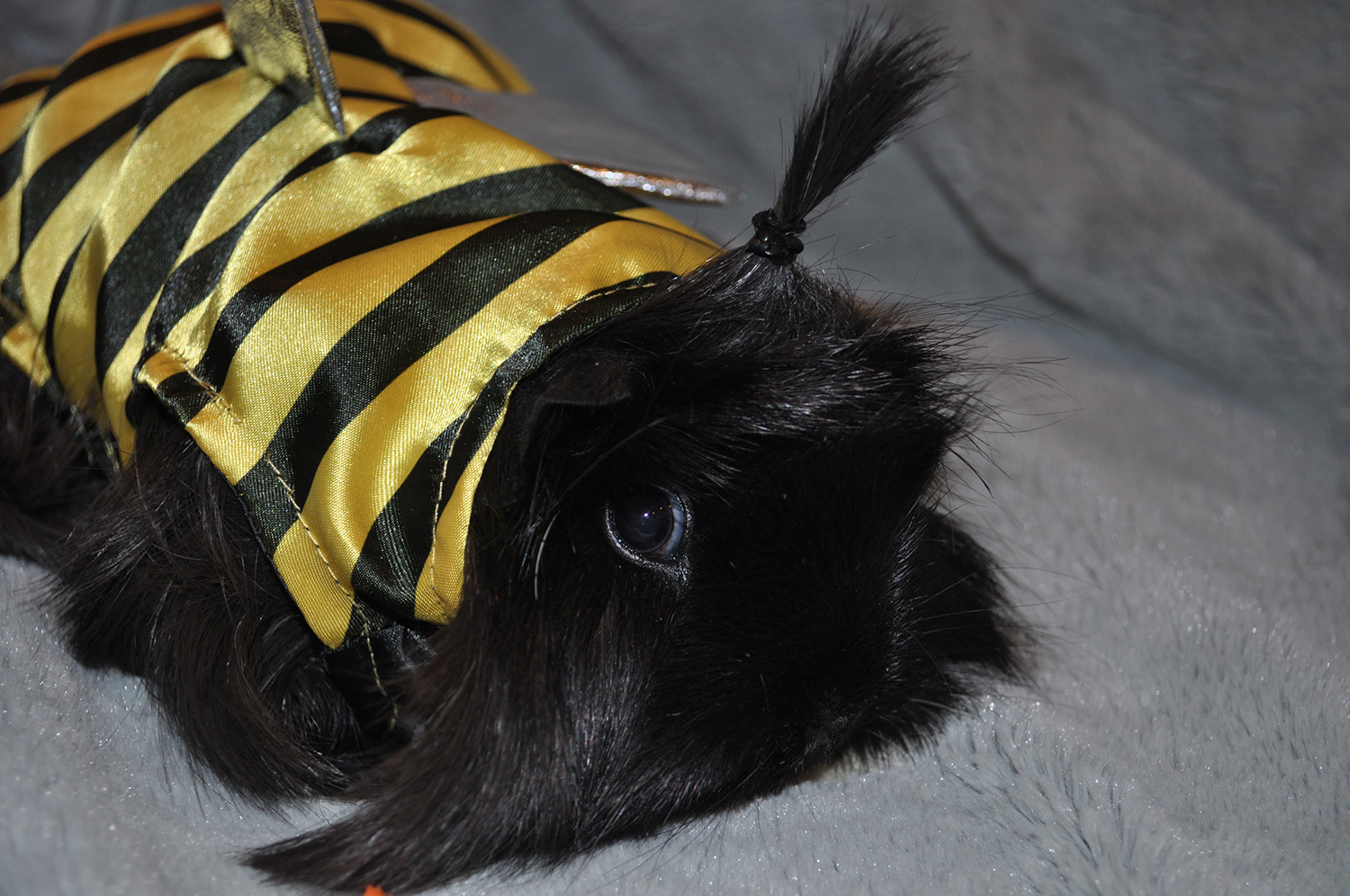 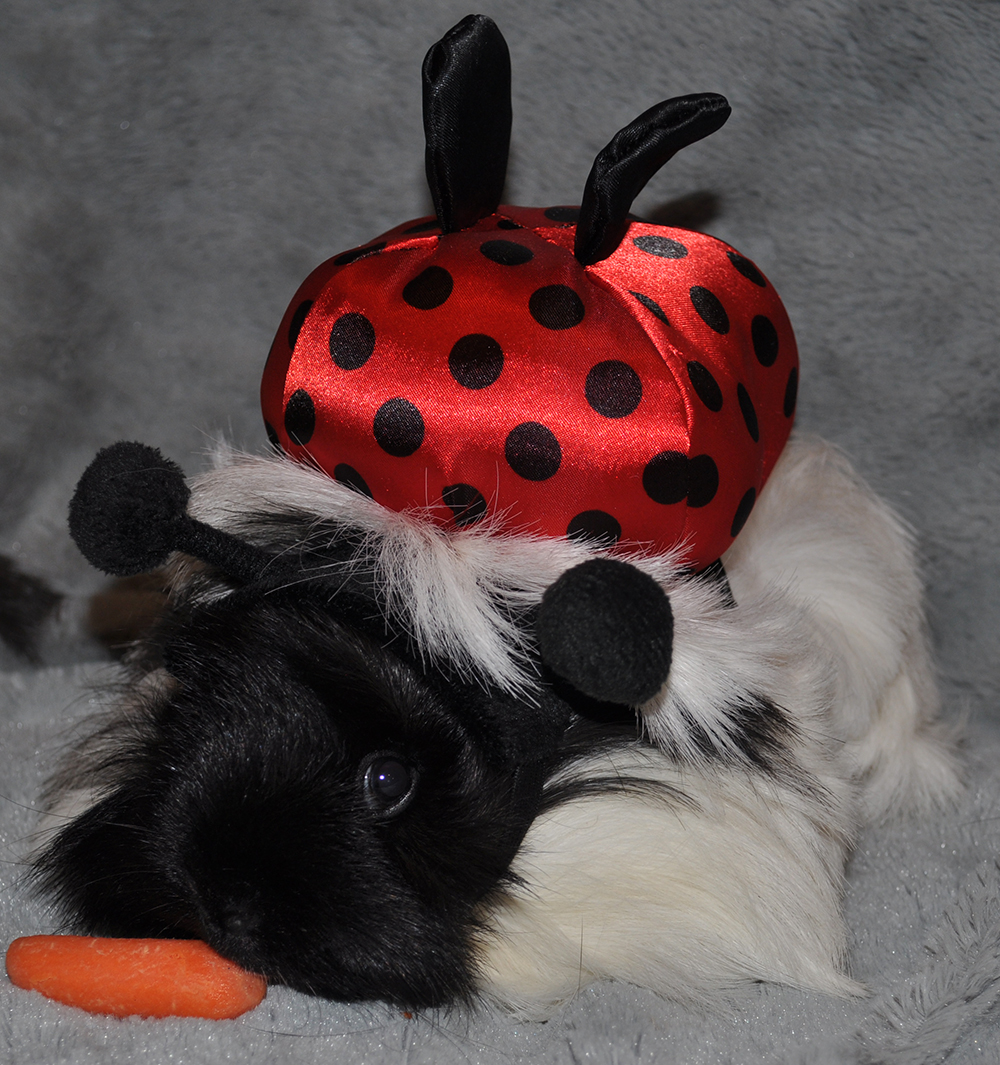 Happy Halloween!
– Fizz and your interns

These costumes came from Petsmart’s Halloween section. They have Christmas costumes out now if that is your thing!

Are you or your guinea pig interested in Steampunk? Need some wings? 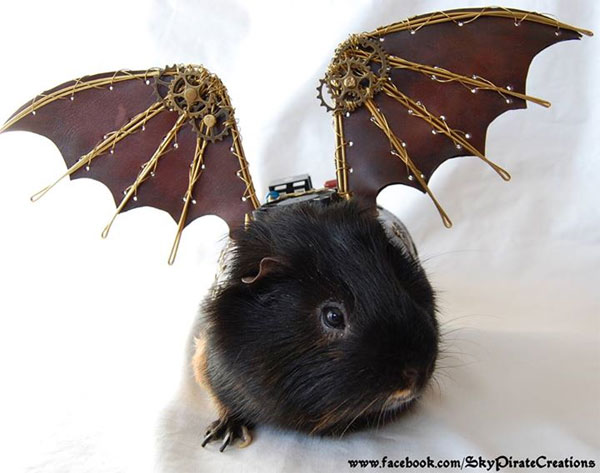 This costume was created by SkyPiratesCreations on Etsy and cost $75.60. The leather armor in the pictures was created specifically for this guinea, and what is created for you will be unique and to your pet’s measurements. 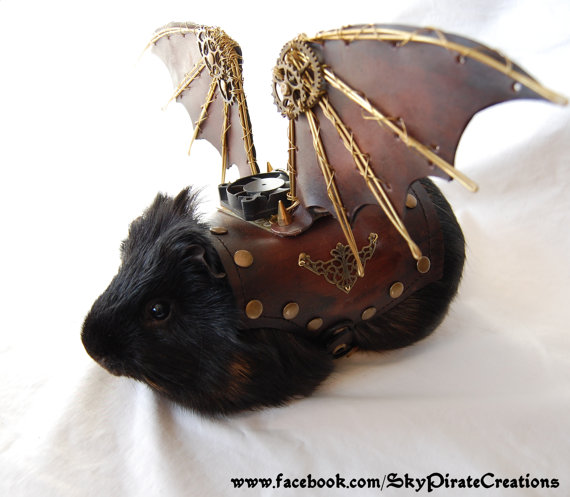 Caution: not for long term wear! A few pictures and something of this size should be removed from your guinea’s back. 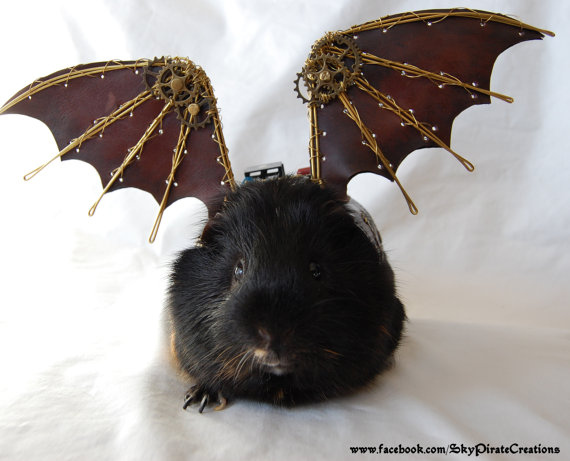 I for one wouldn’t want to wear this, a shirt perhaps, but nothing this large!

If you are interested in human size steampunk clothing items you can also find those at SkyPirateCreations on Etsy and Facebook.

Back again from another break!

Thor: The Dark World is now playing in theaters and if you are into that kind of thing you should all go see it! I went today and I enjoyed it.

To honor the film’s opening, here is a guinea pig dressed in a Thor costume: 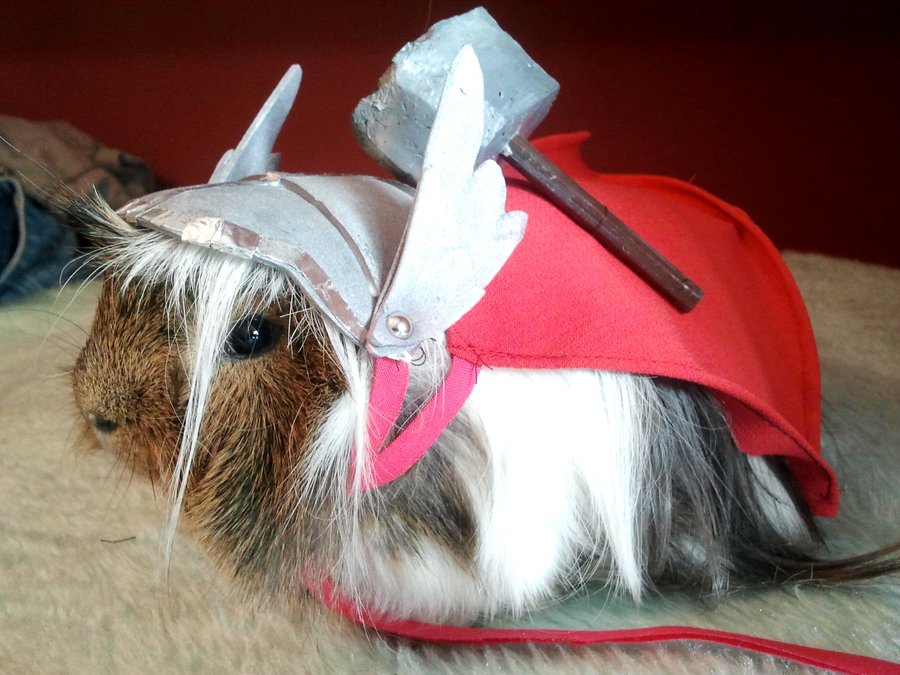 Love it! Such an amazingly crafted little costume and a very willing guinea pig!

Happy Wednesday, here is a picture of a guinea pig dressed up as a bumble bee: 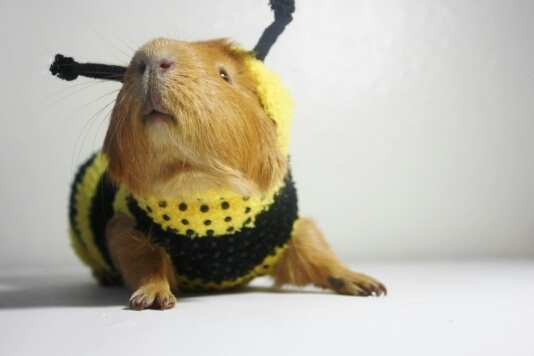 Yesterday I posted my Christmas card picture and explained that my guinea pigs cannot be together because they fight. Today I will share more of the pictures I took and show the making of my Christmas card.

I had my camera on a tripod so I could prevent as little movement as possible so the frame would line up. I used a roll of fabric snow set up on the dinner table with a box behind to create the background. The dinning room does not have the best lighting, but I do not own any photography lights and it would not have made much of a difference anywhere else in the house.

The clothing and props:

We had to get the cards made in order to be printed in time to mail, so I did not have time to make a more elaborate or interesting scene. I took two snowmen off my bookshelf and arranged the two sleds with stuffed Christmas guinea pigs next to them.  The wicker sleds I got when I was a kid, and the stuffed guinea pigs were gifts last Christmas.

The hat is a Yankee Candle jar candle topper accessory, so it has no strap. It is the smaller hat in this picture:

The holiday cape and bandana came from Petsmart, and are Life’s Fur-tas-tic! brand. The bandana ended up being too small to fit, so it was not used.

Each guinea pig wore the one hat and dress individual and I took a few different pictures hoping to get something useful.

Then after picking out the best pictures, photoshop’s magic put them together (and removed red eye): 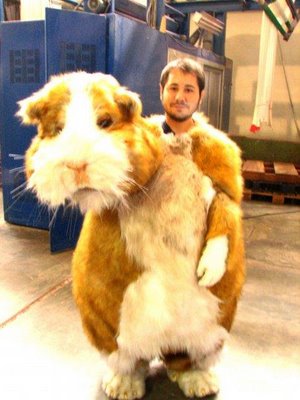 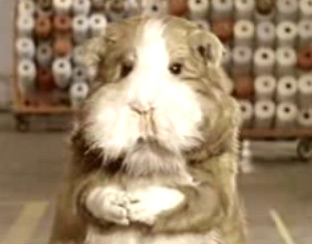