Disney Nature films finally released the film Wings of Life in the US! 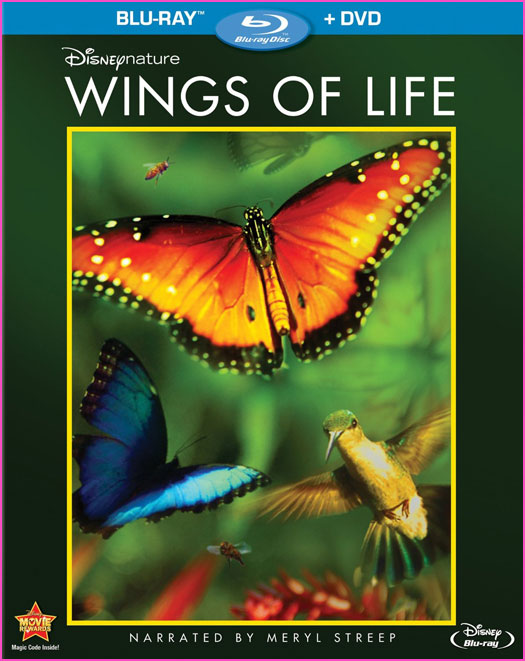 The film had a release date of 2011 for most of the world and goes under two other titles: Pollen and Hidden Beauty. The move is 77 minutes long following the story of the creatures who serve a vital role in pollination.

The film does a beautiful job of presenting the secretive and beautiful interaction between plants and the creatures who pollinate them so both can survive. You can read more about the movie at Moving Art.

You can purchase the Blu-Ray and DVD combination package from Amazon for $27.99.