Conan O’Brien once again had the segment Puppy Conan on last night’s show in honor of the Puppy Bowl. 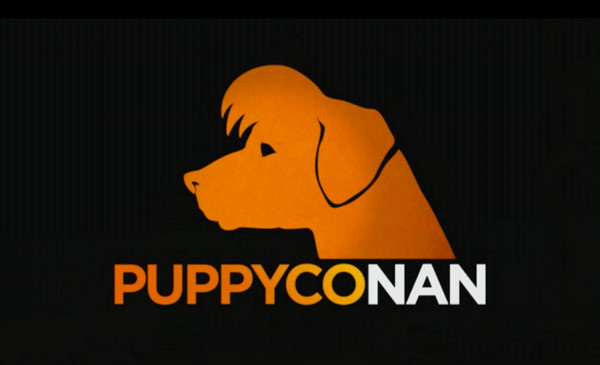 The tiny replica set was wheeled out and Golden Retriever puppies played the roles of Conan, Andy, La Bamba, Ke$ha, and a set of sleepy puppy network executives.

Puppy Conan with wig and tie: 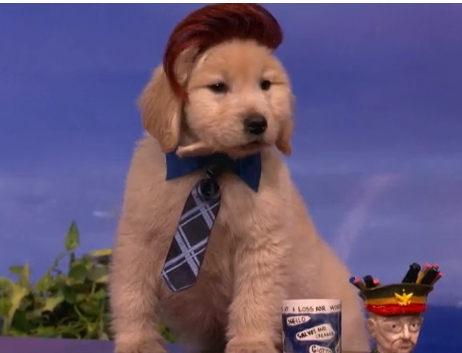 Puppy Andy was a bit squirmy so this is the best screen shot I got of him with Puppy Conan: 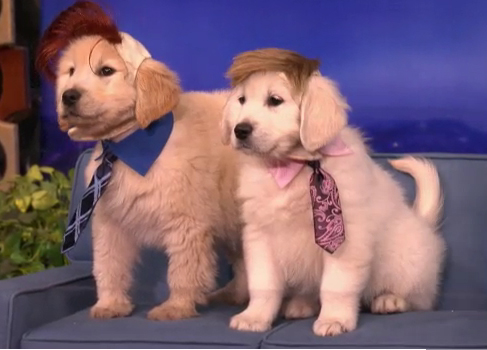 Puppy La Bamba with hat and tiny trombone (he did not like the hat and got it off later on): 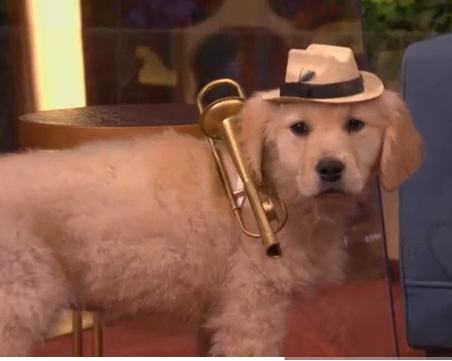 Puppy Ke$ha hated her wig, and was wondering around trying to get it off, but she had a shirt on and lots of glitter upon her entrance to the set: 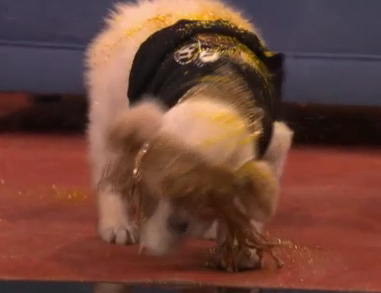 Puppy network executives who were very sleepy up in their box: 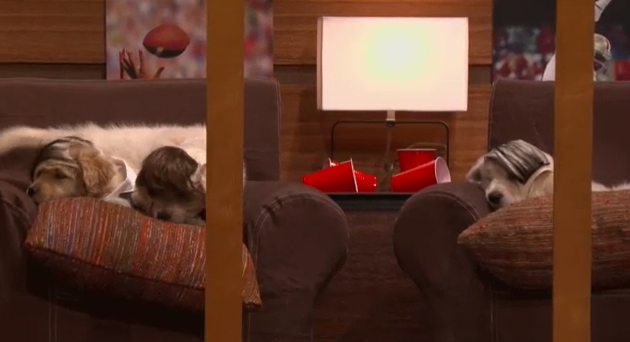 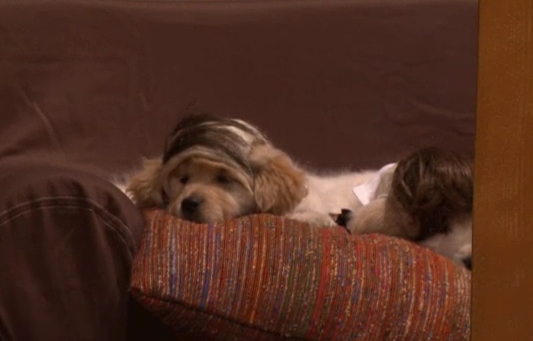 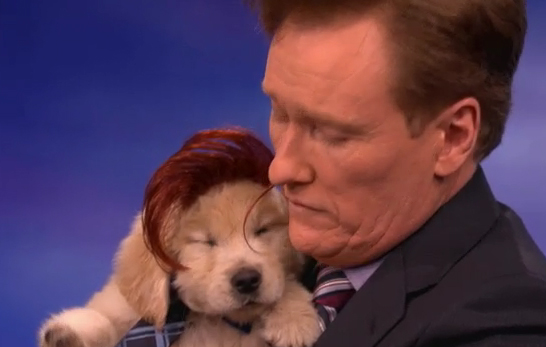 You can see the video of the segment on teamcoco.com.