This year Puppy Bowl XI did something incredibly special and awesome! Animal Planet teamed up with UBER to bring puppies to your office! That is right, you could order a car full of puppies to play with for 15 minutes! 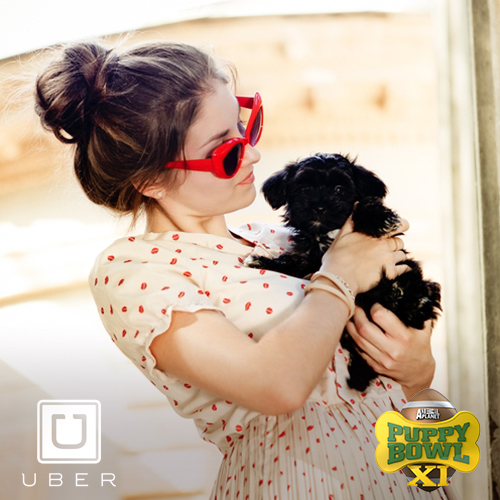 UBER is a company which allows you to use a cell phone app to order a taxi, private car, or rideshare. They are prominent in the news because the company employs any qualified driver and car for use as a taxi in the face of existing taxi medallion systems and companies, and has been rapidly expanding to new areas.

Unfortunately, The Human only heard about this after the time you could try to order this service which was Wednesday February 28 from 11am to 3pm. It was also very limited due to the demand for such a service and the difficulties of moving puppies around to many play dates. Maybe, just maybe if this works out this year they will offer the same type of service in the future. It was also extremely geographically limited, available in only 10 major cities so many were out of luck to begin with.

Where, How, Why, and How Much?

How: You had to use the UBER app and request the PUPPIES option, which could only be viewed by those using the app in the above cities. 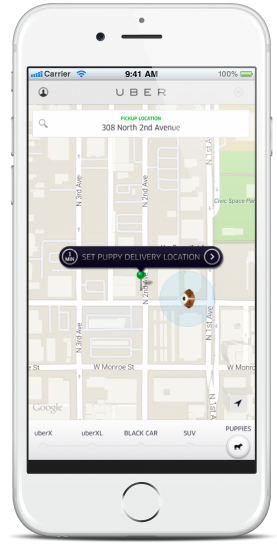 This is what was displayed if all the puppies were busy: 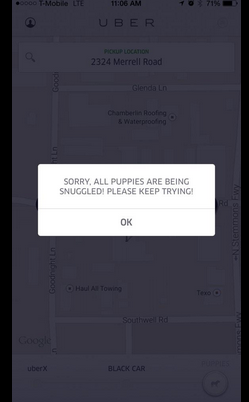 It was stated that puppies only be delivered to office buildings, and you had to make sure ahead of time that your office manager/building manger/boss was okay with this. You needed a room available for the puppies to go in and/or an enclosure to keep them safe and contained.

How does UBER even have puppies to drive around? They partnered with local shelters in each city. Many of the puppies that were involved were adoptable. 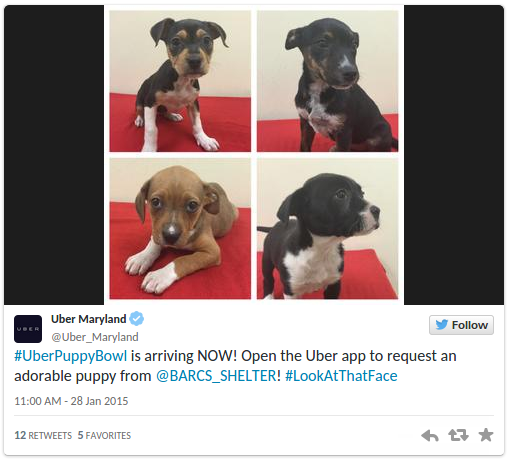 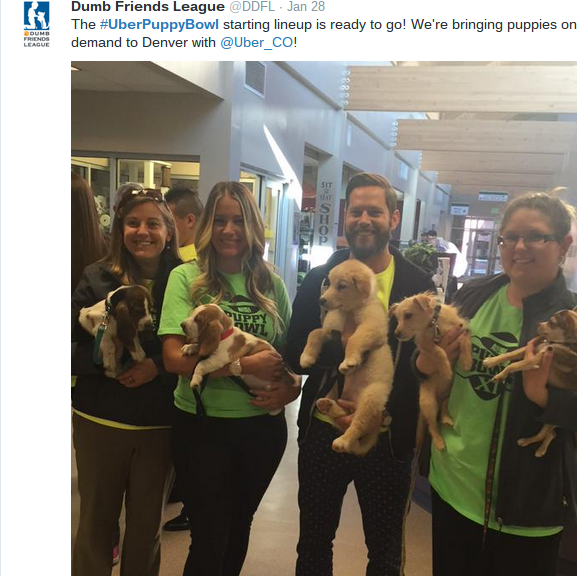 Why: This event draws attention to puppies in need of a home. It also brings exposure to the shelters who participated. In most cities the puppies in the car were adoptable and the representative who traveled with the car of puppies could help. Plus, who wouldn’t want to play with a bunch of puppies while at their office?! 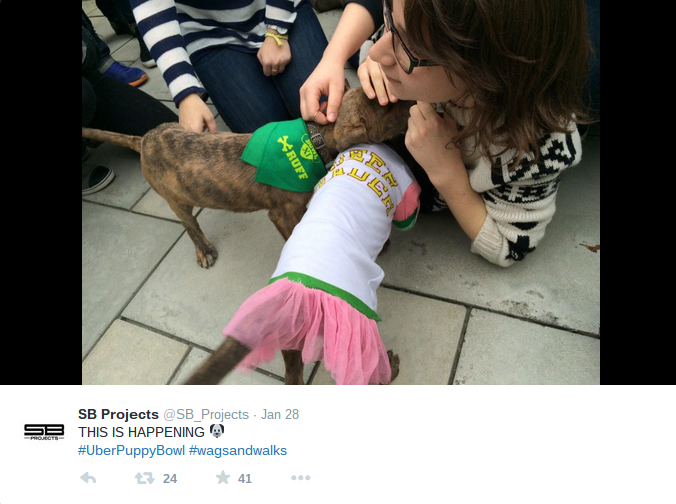 How Much: $30 for 15 minutes of puppy play time. All the money went to the shelter that participated in the event.

Puppies from the UBER promotion in Dallas: 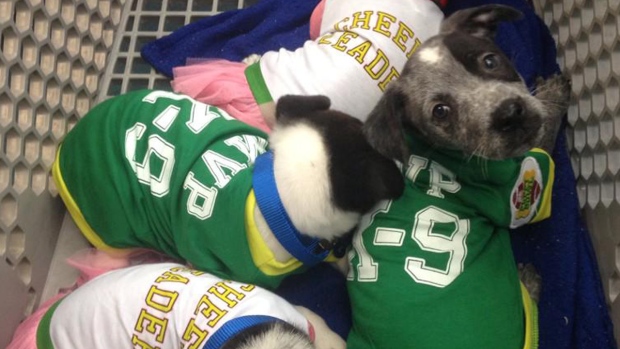 You can read the rules here and find out more. 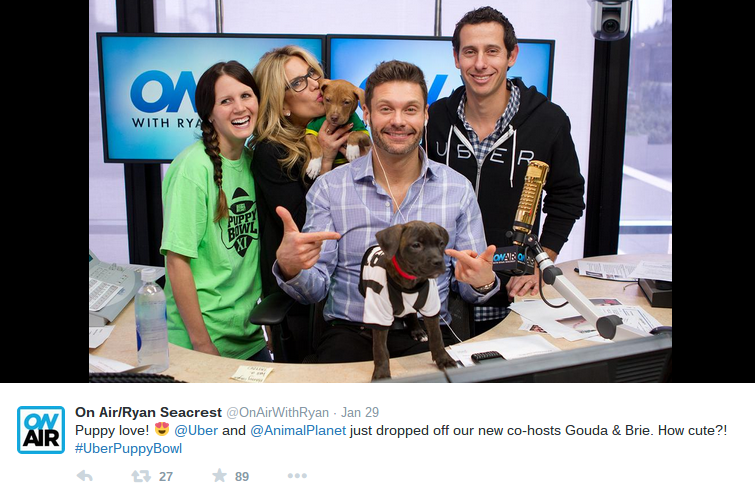 The puppies also went to schools and children’s hospitals to brighten their day! 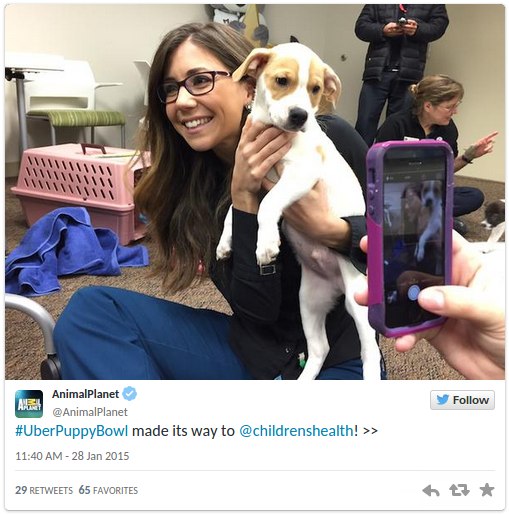 The Human is very sad to have missed this, but the opportunity was amazing!