I love Disney World, and one of my favorite attractions as a child was the Tiki Room – called at the time Tropical Serenade. It had a lot of history, being open since the park opened in 1971. It was based on the Disney Land attration The Enchanted Tiki Room, fro 1963. It took Disney 10 years to be able to create the show and it was the first attration to feature audio-anamatronic figures. 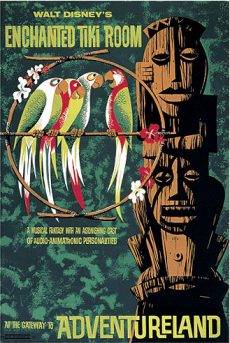 Unfortunately, in 1998 Disney felt that the ride was outdated and needed to have actual characters added to it. The Enchanted Tiki Room (under new management) was okay, but the show lost a lot of interest to me.  Iago (from Alladin) and Zazu (from the Lion King) simply appear and interupt the whole thing, with the most entertaining part being what was actually left over/inspired by the tiki room’s original occupants. 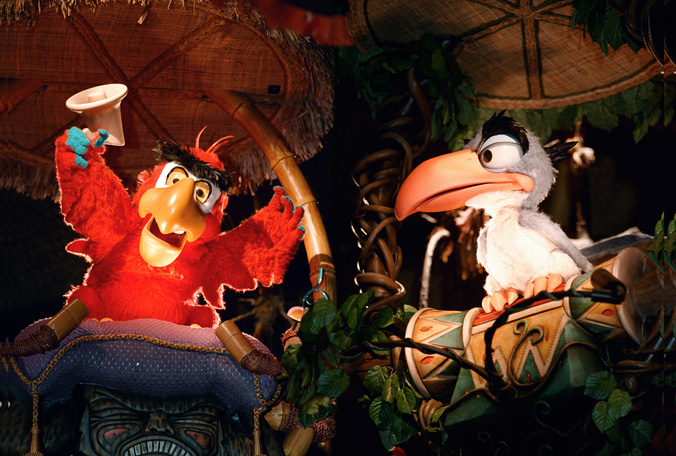 Last year the Enchanted Tiki Room (under new management) caught on fire, which was contained to the attic area of the attraction but which closed the show completely. Come to find out the most damage apparently happened to the new anamatronics added to the show. Disney is now re-imagining the attraction, and it will feature a show akin to the original! I do not know if this means the new birds are completely gone, but I am very excited to see the new show which will open later this summer. The attraction will now simply be called The Enchanted Tiki Room.