Animals often end up where you would not expect them to be.

Here is an example of what can happen in Central Park: 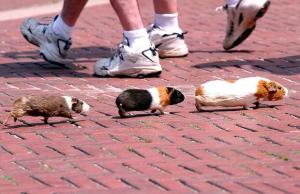 I would love to see a little guinea pig parade! Luckily these three were soon intercepted by their owner and saved from the dangers of being free in New York.

Another unexpected site in New York: 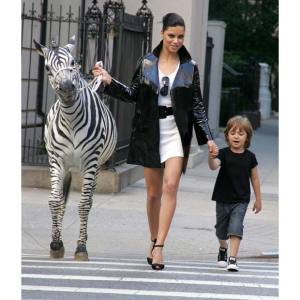 This is a picture taken during the shooting of a Maybelline commerical.

Finally, you never know what you will see at the store! 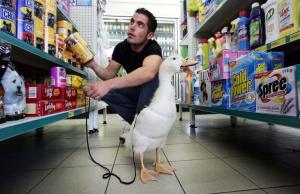 I have never seen a bird on a leash before, but he is a cute duck! This is Hector, he lives with his owner in Australia.