Do you guys remember the adorable Shiba Inu Puppy Cam? 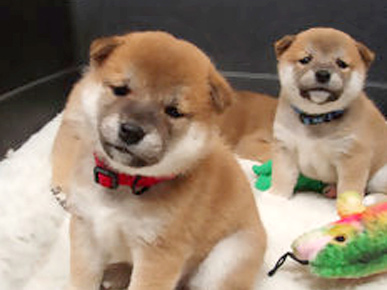 The Puppy Cam is online at Ustream.tv, and is a live feed of Shiba Inu puppies so you can watch all their cute antics as they grow! This is the third litter featured on the Puppy Cam, this round featuring 6 pups. There have been a total of 26,620,672 views on the feed as of the writing of this post.

To watch the puppies please go to ustream.tv/SFShiba

The Today Show talking about the Puppy Cam back in 2008:

I love watching the Puppy Cam because the puppies are so cute! Enjoy!

Mashable alerted me to another cute channel to watch on Ustream, Theowlbox! 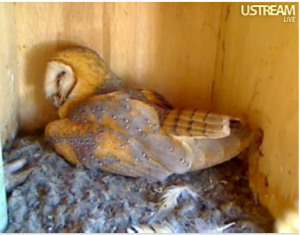 Here she is with her new little chick: 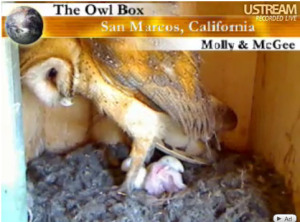 You can watch Molly the Owl sit on her eggs and watch them hatch. The camera is on both day and night, and she has many loyal followers. The first owlet was born, and called Max.

So tune in to see more owl cuteness at Theowlbox! 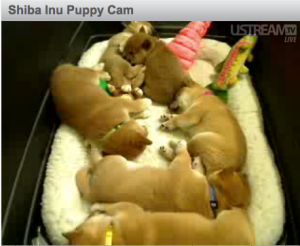 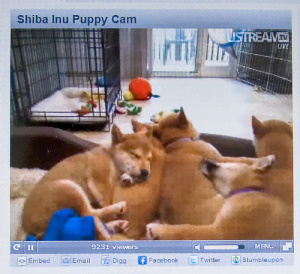