I had no idea that German Shepherds could suffer from dwarfism. This is Tiger, a three year old dog and not a puppy like he appears: 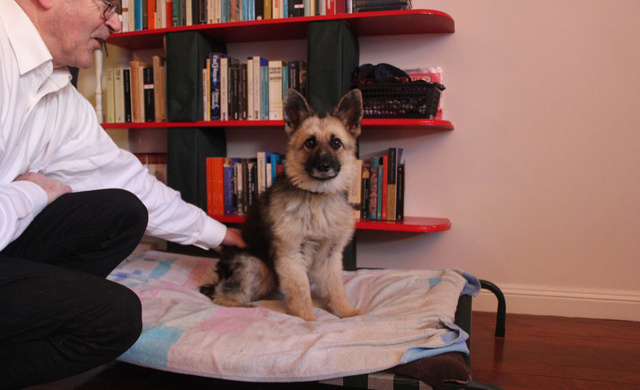 While Tiger may be cute he has serious health issues due to his dwarfism. Pituitary dwarfism is a genetic disorder which reduces the production of growth hormones which limit the dog’s growth and can occur in any breed if the parents are carriers or if the pituitary gland fails to develop normally. Pituitary dwarfism is a recessive genetic trait, so both parents have to be carriers to pass on the disorder to their pups. It is not that uncommon, but is still not well known.

This condition also causes difficulty in growing adult fur, teeth, and skin. It can shorten the dog’s lifespan (GS dwarfs have a 5 year life expectancy), cause infertility, and give the dog a bad disposition with aggression or anxiety. The majority of these puppies are not considered suitable for sale due to the fact they will have health problems and be unpredictable, so they are sometimes put down shortly after they are discovered to be dwarfs. So while Tiger is cute, this is not something to breed for. 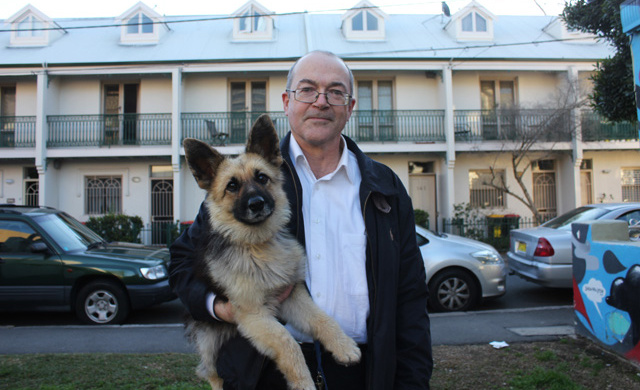 The breeders who produced Tiger only breed one litter a year and were not aware until his litter that his mother, who they own, was a carrier. The father of the pups was a champion show dog used by many other breeders and it was never disclosed that he too was a carrier of the gene. Of the six pups in Tiger’s litter three were dwarfs. While a vet said the pups should be put down the family felt it was unfair to the animals and wished to simply give them the best quality of life possible. The man in the above pictures, John Coleman, took Tiger knowing what health problems he could have and was willing to give Tiger the best care possible. The other two remain with the breeder.

Here is Tiger with his two other dwarf siblings: 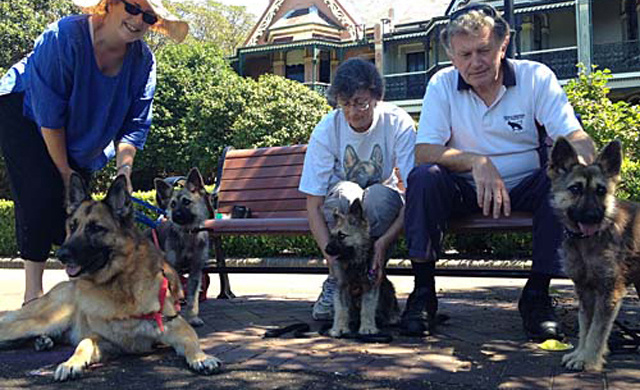 Tiger gets a lot of attention from people who both understand his condition and those who think he is just a puppy. While many want to pet Tiger his owners keep strangers away because he has developed a bit of an aggressive personality and will bite. At home he is loving and affectionate towards his people and the family’s full sized German Shepherd Lydia. 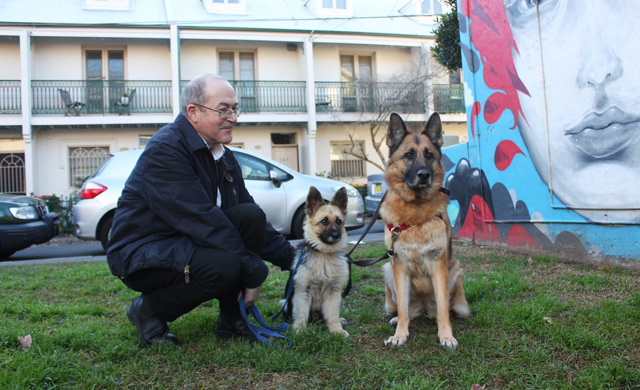 It is a good ethical question as to whether a dog which is a known carrier should be bred further. Any and all breeding should be responsible and with purpose, considering health and whether the pups have future homes or jobs (police, guide dog, herding, etc.).

Sources:
Tiger is a Three-Year-Old German Shepherd With Dwarfism – vice
Disorders of the Pituitary Gland in Dogs – Merck Manuals

August 20, 2014
dog No comments Cola and Fizz
← Panda Cupcakes Lassie and Luna at Strut Your Mutt →