It is not everyday that a dog can be mistaken for a lion, and frankly I am not sure how it happens at all, but I recently saw the headline “Norfolk 911 calls for ‘baby lion’ turn up a coiffed dog.”

A labradoodle named Charles was mistaken for a baby lion while running down the street by three people who called 911 to report the animal to police.

Here is the dog in question:

His owner had the dog groomed to resemble the lion mascot of the Old Dominion University. He does look the part from a far I suppose, but not in size nor in overall structure and face once you actually get a good look at him. The incident made national news and Charles was featured on “Today” on CBS.

You can really see the lion like mane as Charles poses with Greg Brockheim the director of the Virginia Zoo: 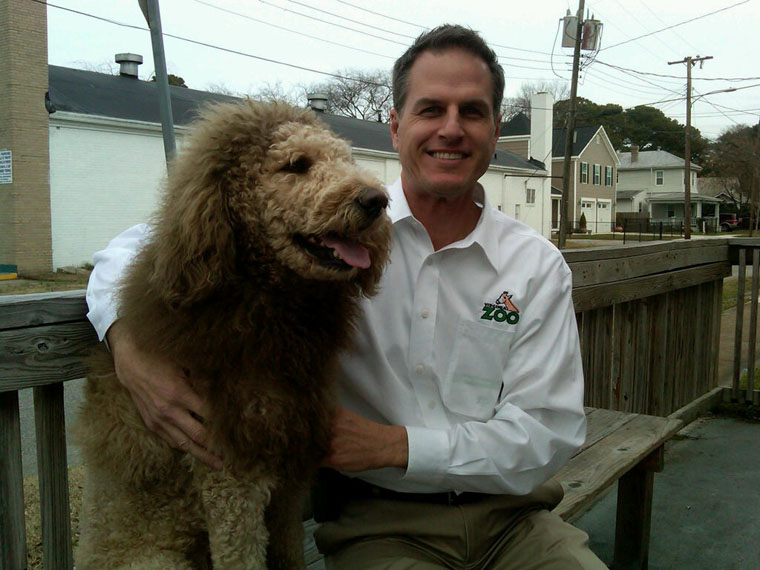 (Photo from the Virginia Zoo)

You can read the whole news story at the PilotOnline.com.

Or watch the story here: