Yesterday marked the beginning of the 40th Iditarod dog sled race in Alaska. Sixty-six mushers and their teams of dogs will race for 8 days, beginning in the town of Willow, to reach the town of Nome. The race covers around 1000 miles, with the actual mileage different as start points are changed around. Mushers have teams of 12 – 16 dogs, and must have 6 on the tow line in front of the sled when they reach Nome. The first 30 to finish split $550,000 – with the first team to cross the line receiving $50,400 and a new truck.

The race is loosely based off the 1925 serum run in which a diphtheria epidemic threatened the town of Nome. The closest available serum to treat the disease was in Anchorage. No safe planes were available to transport it, so it made the trip first by train and then my a relay team of 20 mushers and over 100 dogs. No dog ran over 100 miles. The famous Balto was lead dog of the team which arrived in town with the serum – just five and a half days after it left Anchorage.

Teams of dogs starting the race:

The dogs wear booties to protect their paws: 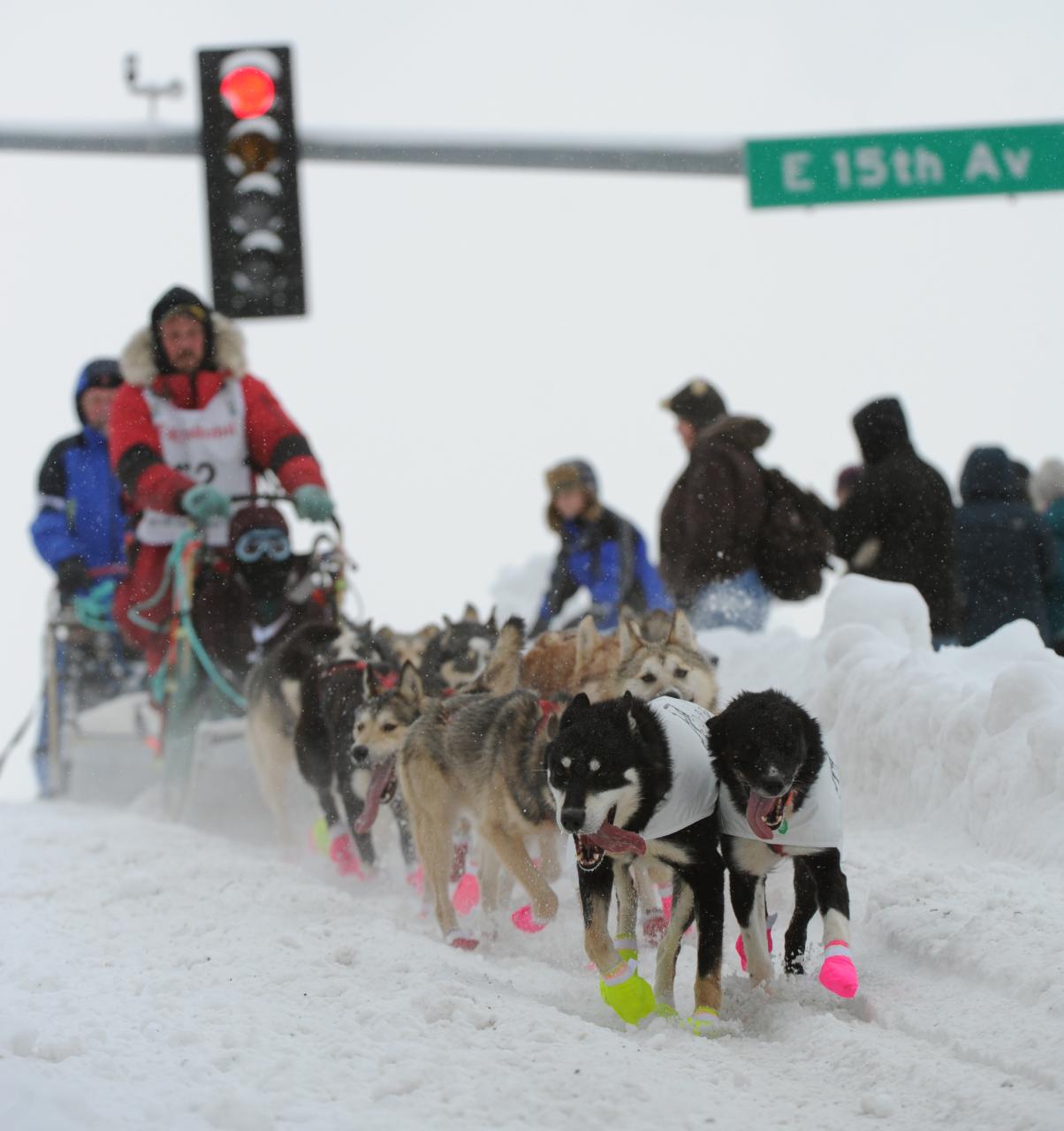 I think sled dogs are amazing, a wonderful example of a dog doing what it was bred to do in some of the harshest conditions possible. These dogs spend much of their lives outdoors, having thick fur which allows them to withstand freezing temperatures.

National Geographic also has a great set of pictures featuring military sled dogs. This is currently the only military dog sled team in the world which operates in Greenland, paroling the frozen coastline. There are 12 men who make up the team, and they complete a full investigation of the coast at least once every 5 years.

Here is a close up of two of the dogs: 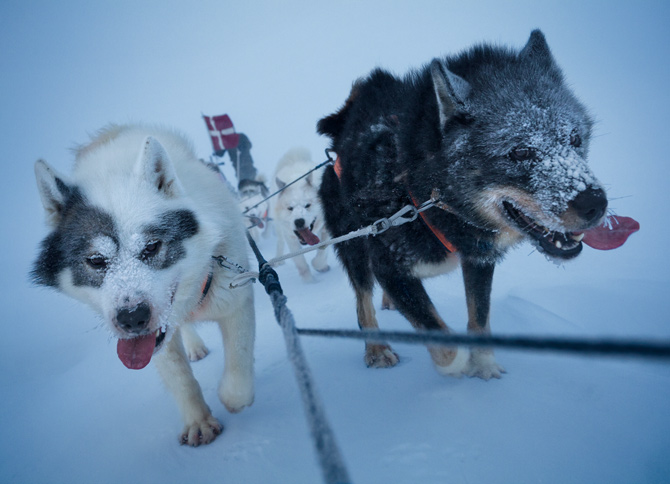 Ariel shot out on the ice: 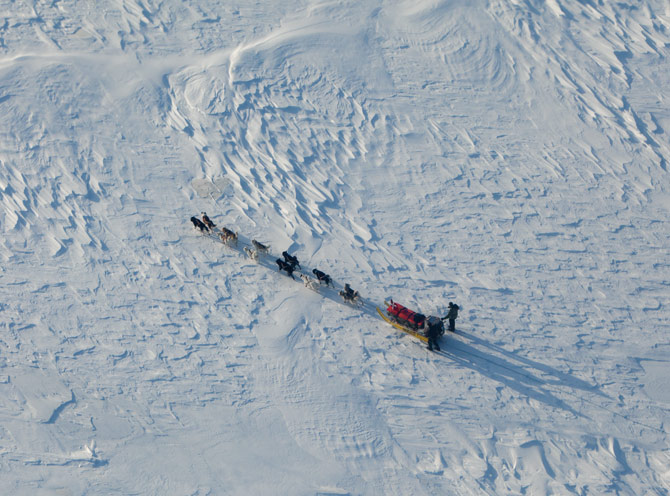 Dogs being transported by plane to the northern coast of Greenland: 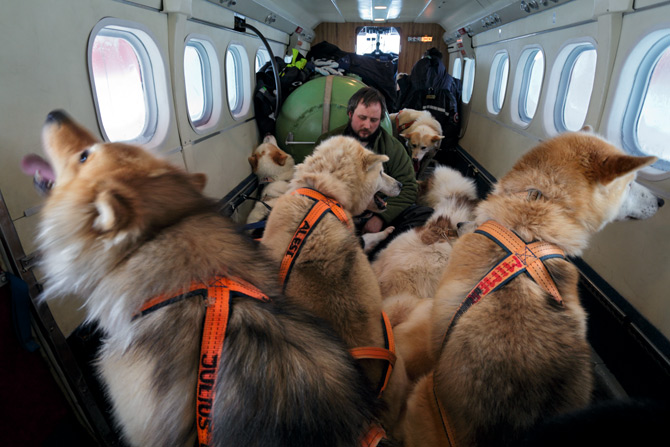 Dogs kenneled outside, far apart so that they do not fight with each other: 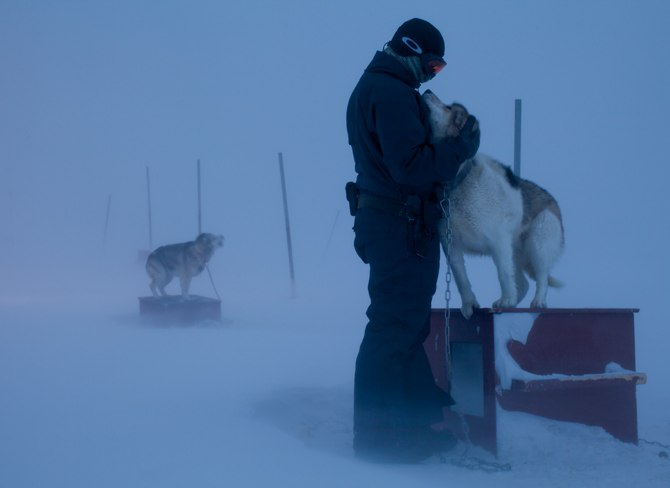 (All photos taken by Fritz Hoffman)