Will the people of Scotland vote to become an independent country? Only time will tell as the polls are closed!

Even animals are getting in on it! 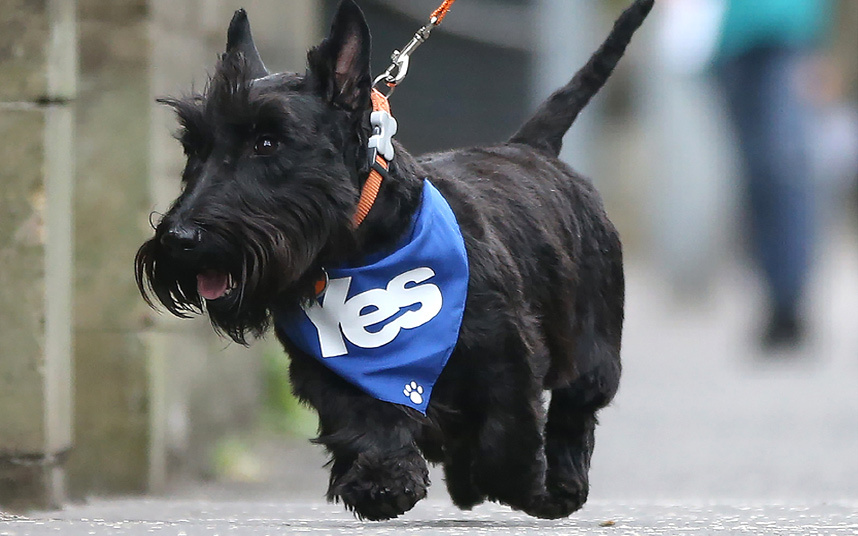 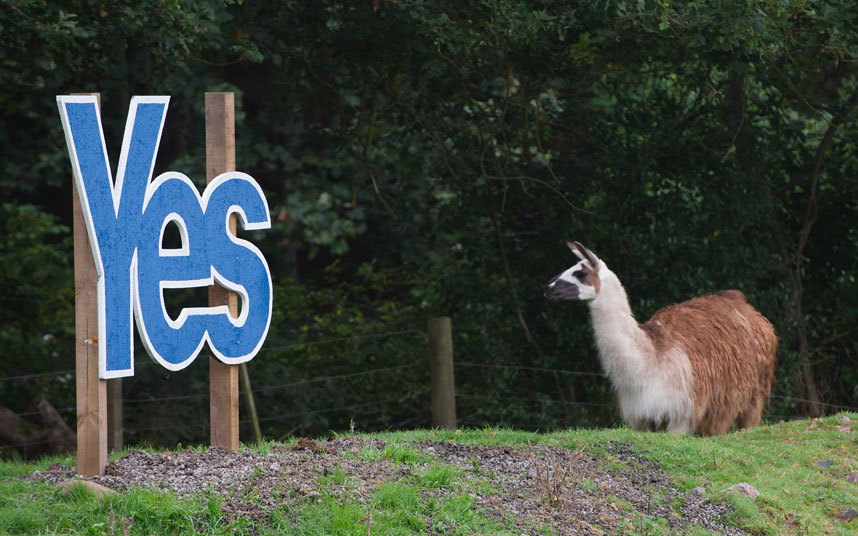 More dogs, one wearing a Union Flag and the other the Scottish Saltire: 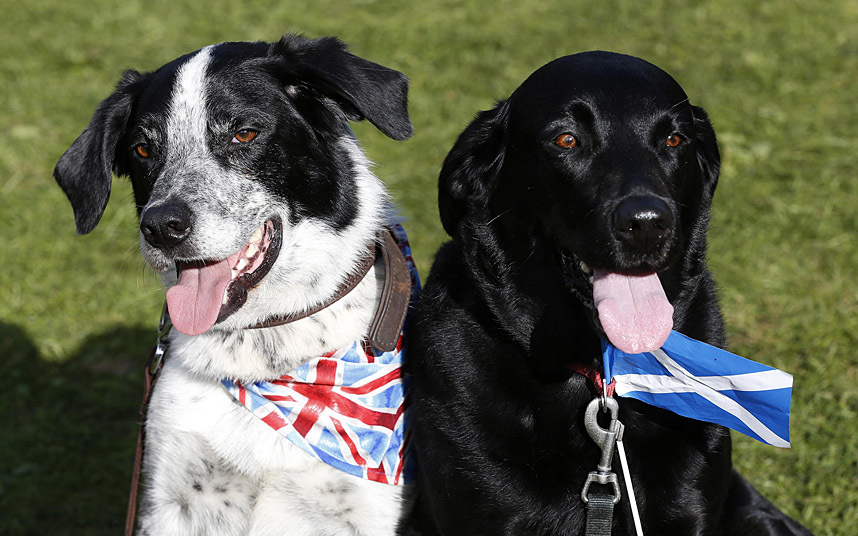 Good luck to Scotland no matter the outcome, it is amazing to see a people mobilize to vote for what matters to them.

You can see more photos relating to the vote on The Telegraph.