The dog from the movie “The Artist” was a hit on the red carpet and on stage at this years Golden Globes. I saw him perform onstage when the actors came up to accept their Golden Globe for “best motion picture comedy or musical.” He walked on his hind legs and played dead on stage.

Here is the little guy: 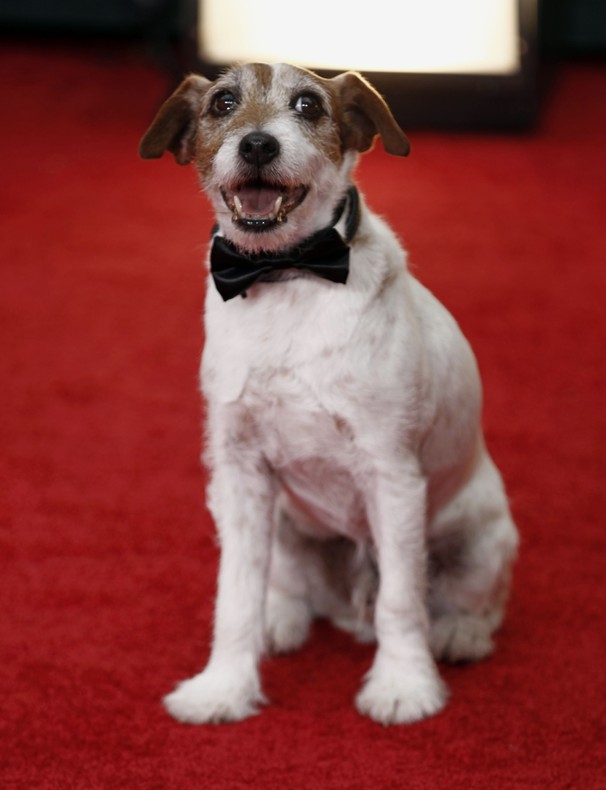 The dog’s name is Uggie, and he is a Jack Russel Terrier. He has won a palm dog award, and is in the running for a Golden Collar Award.

I do not know anything about the movie , or how prominently featured this dog actually is. The movie is rated pg 13 and IMDB explains “Hollywood, 1927: As silent movie star George Valentin wonders if the arrival of talking pictures will cause him to fade into oblivion, he sparks with Peppy Miller, a young dancer set for a big break.” 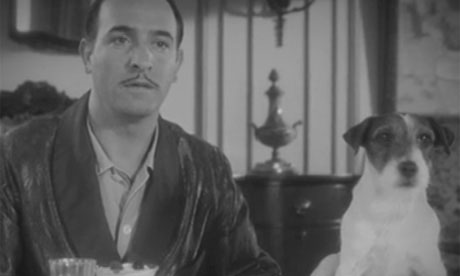 Standing on the red carpet: 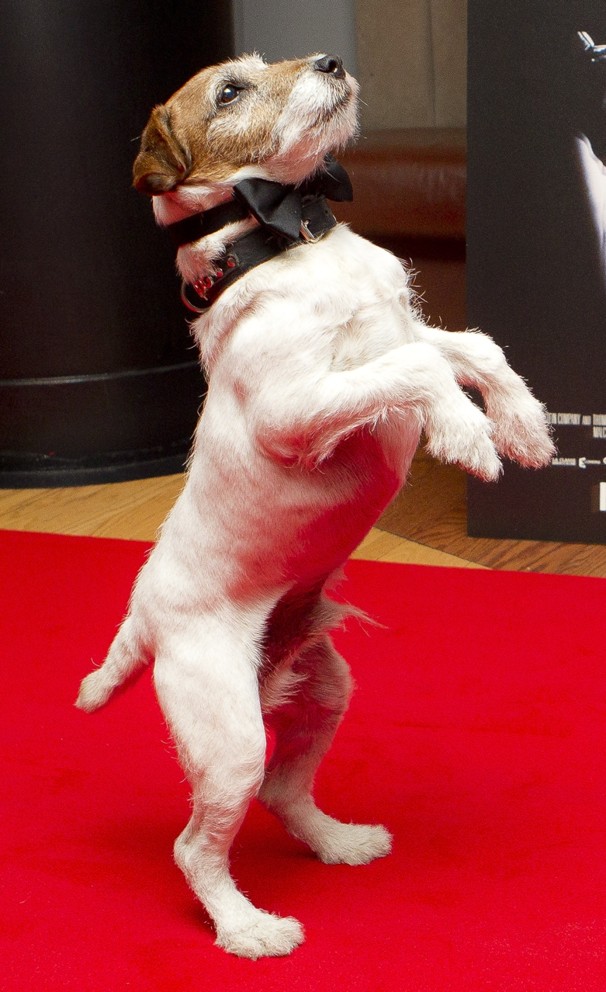 Posing with a Golden Globe: 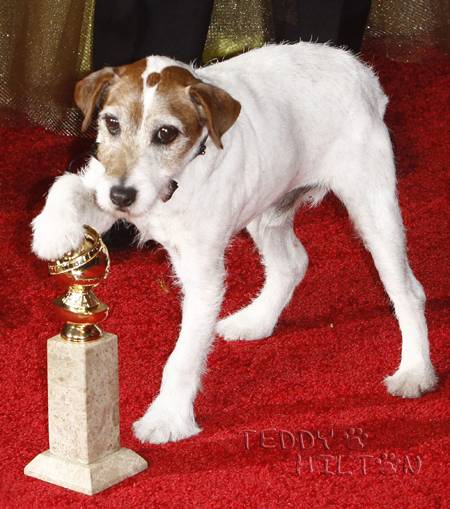 If you would like to see more pictures of Uggie or read more about him, see The Washington Posts article ‘The Artist’ dog steals show at Golden Globes.