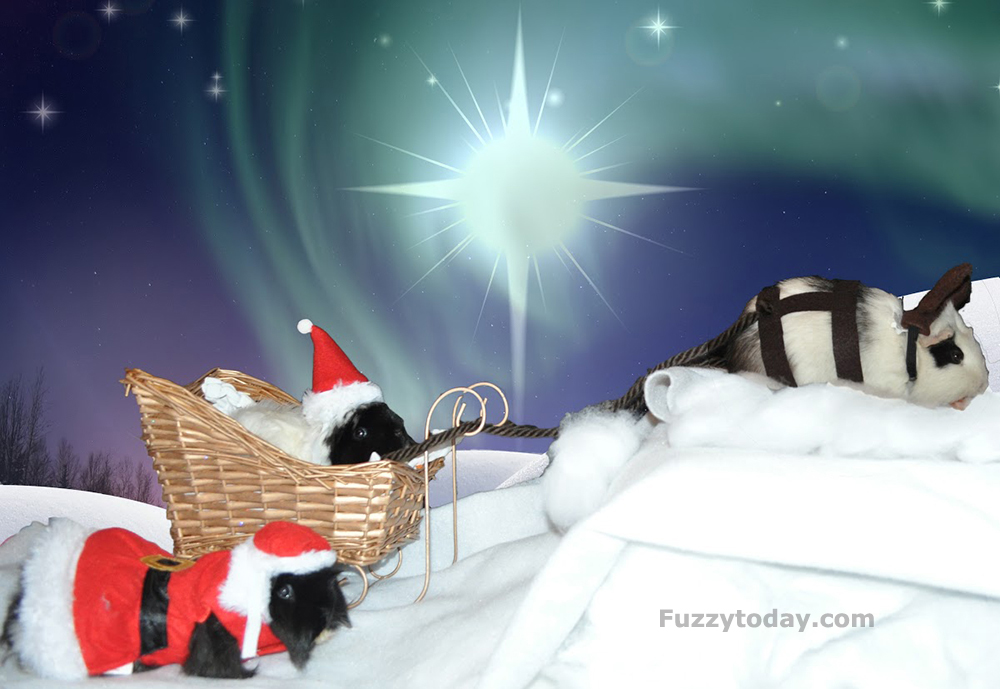 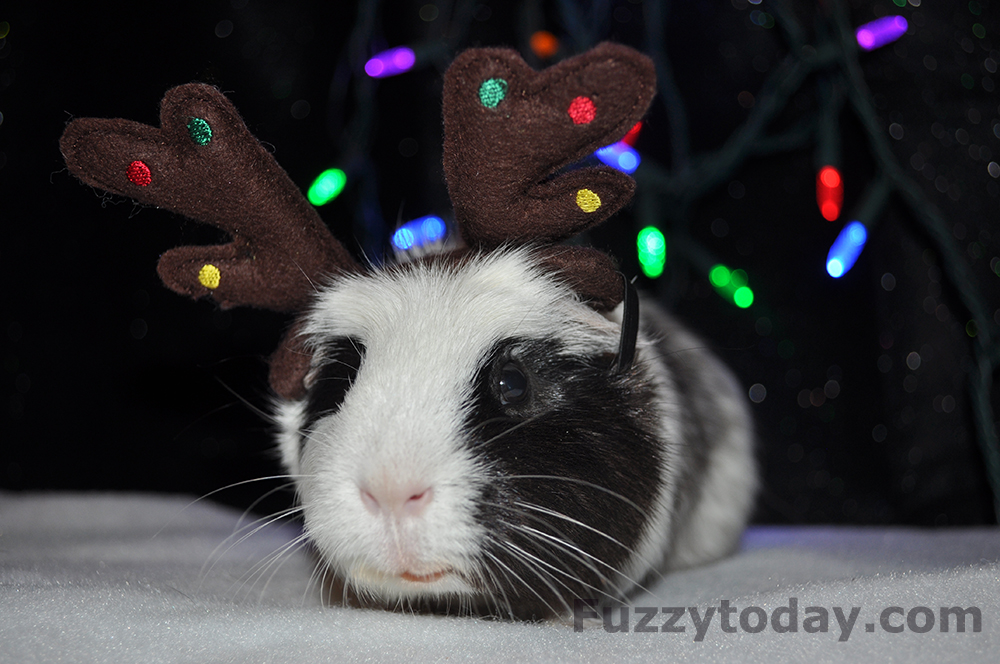 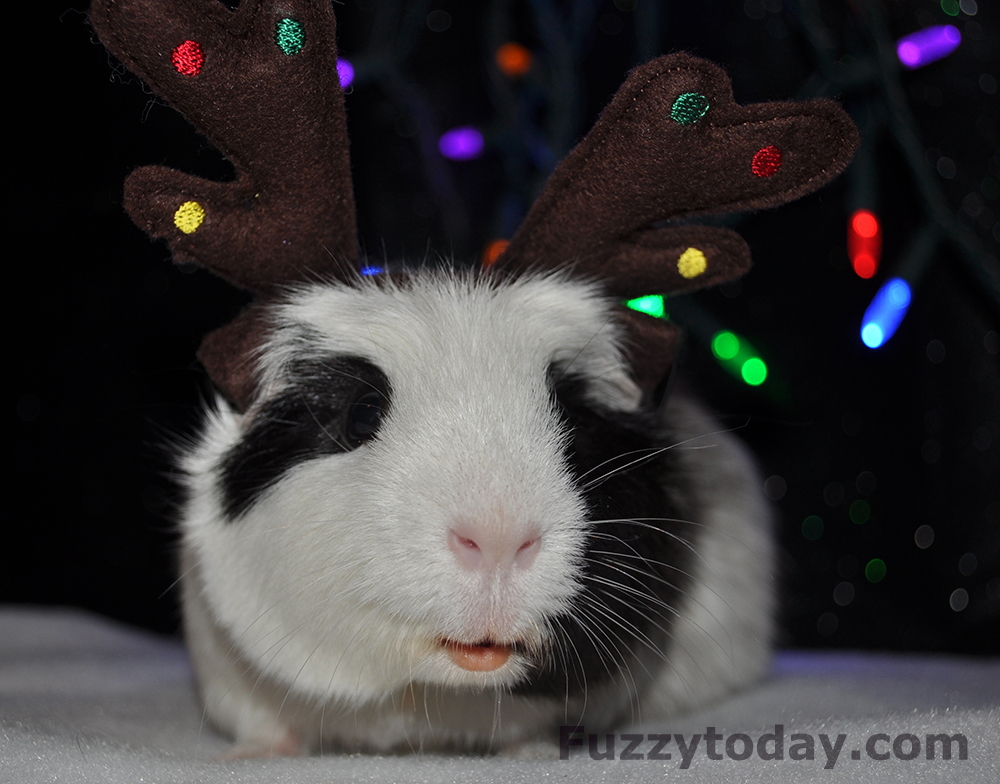 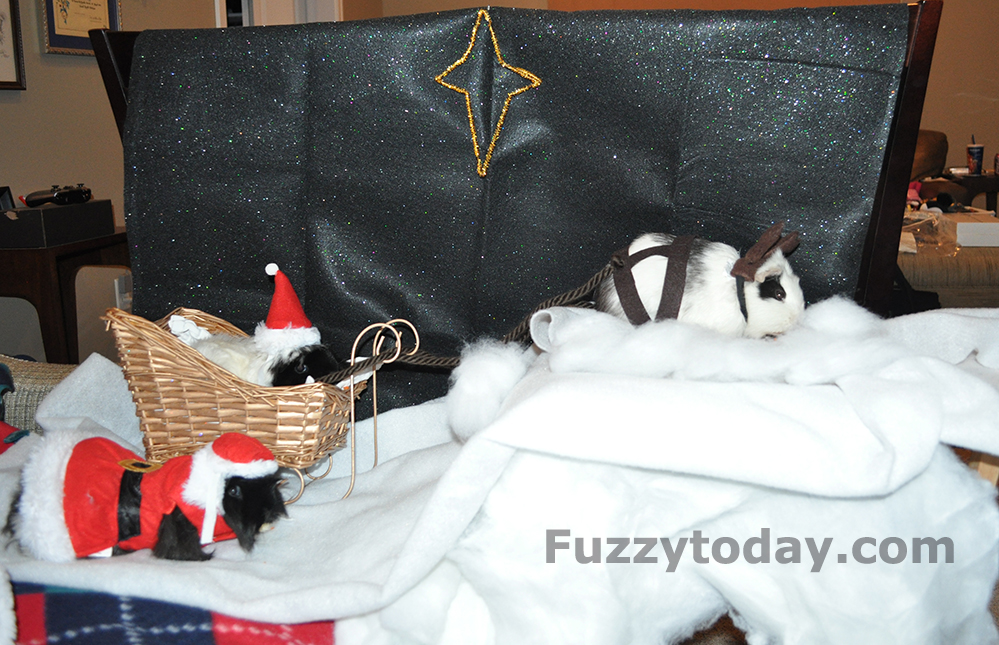 This year the staff here at Fuzzy Today took some Christmas pigtures we want to share. 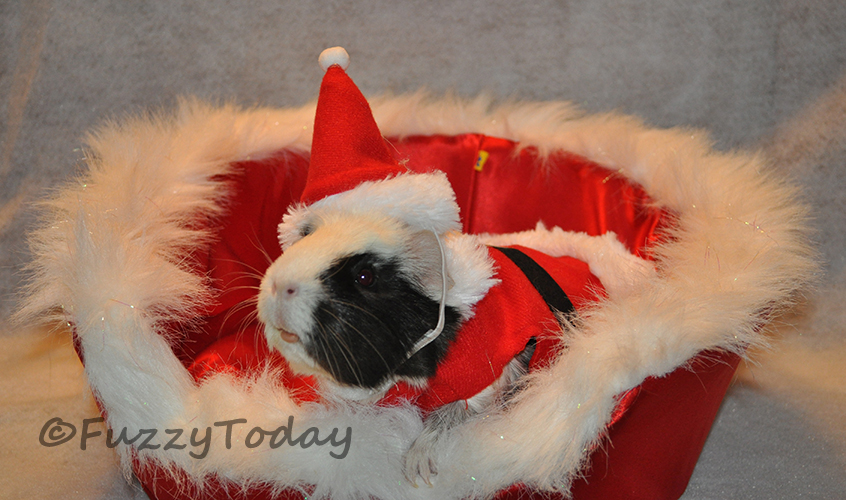 The Others…
I know, but they wish to remain anonymous at this point because they do not take photos very well. They came to me at almost two years of age and cameras are not their thing.

They did love sitting in this though: 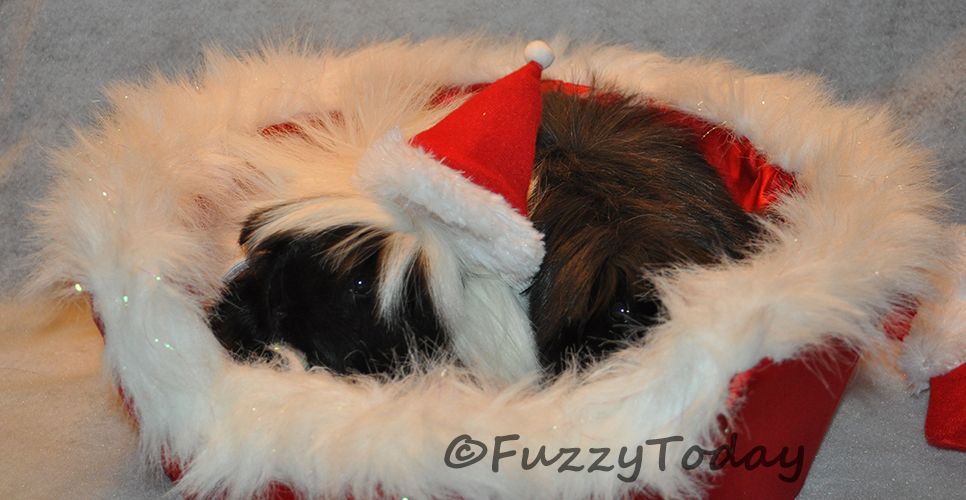 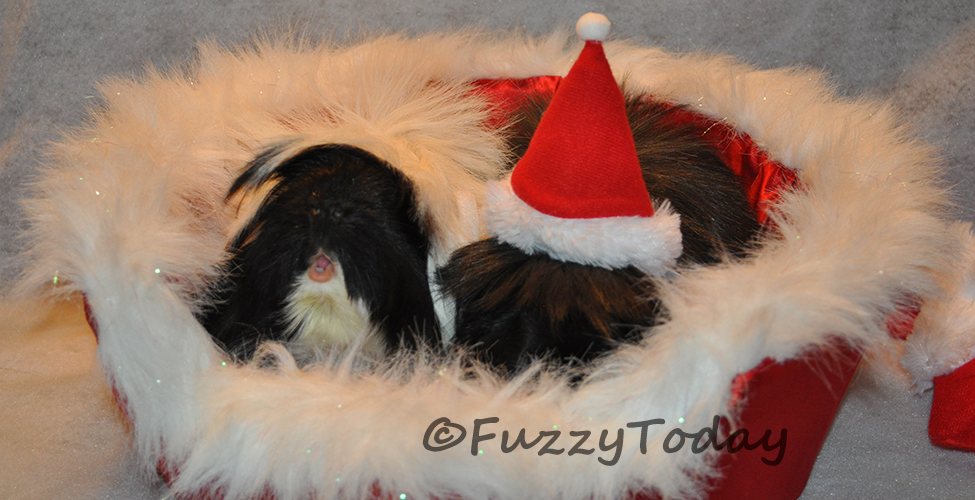 Our fur blends in very well with the fuzz around our bed, we love it!

Yes, we did wear the costumes and hats – for about one minute! Long enough to get pictures while munching on carrots and then be off into floor time with more treats.

Well, it is the second day of Christmas, so Merry Christmas!

My guinea pigs posed for the camera this year to feature on my Christmas cards.

Cola and Fizz cannot be together because they fight, so they had individual photos taken and photoshop put them together. I can post a series of photos on what that looked like another day.

I hope that everyone has a very Merry Christmas! 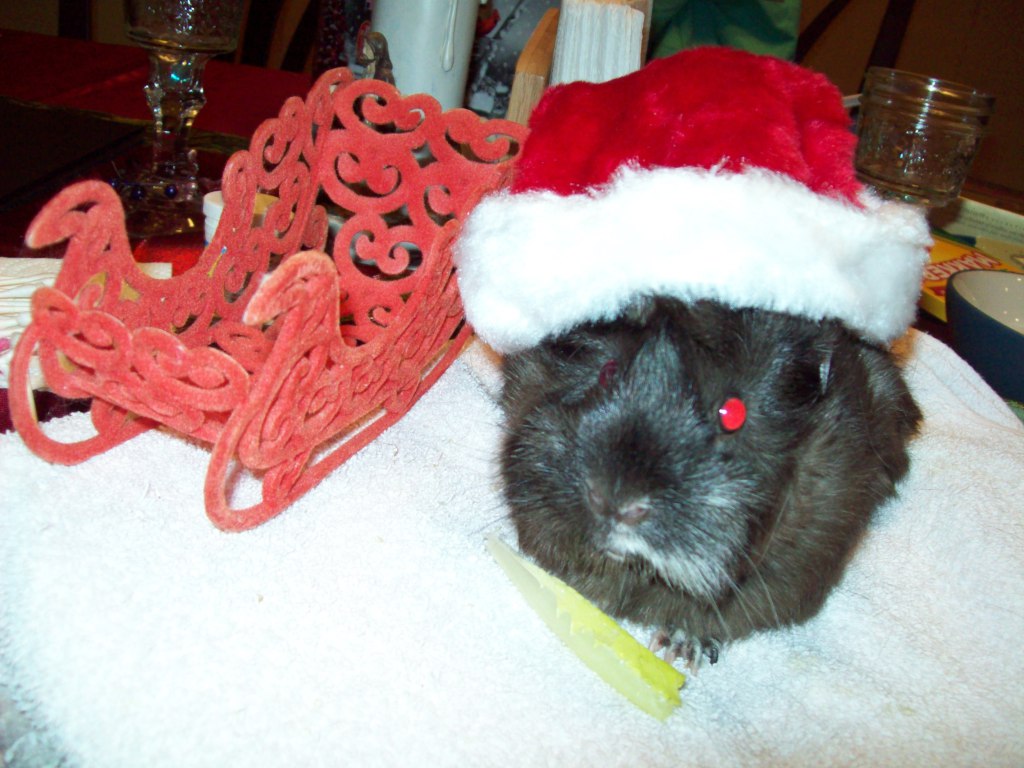 From our family to yours, please enjoy this wonderful season with your family and friends! 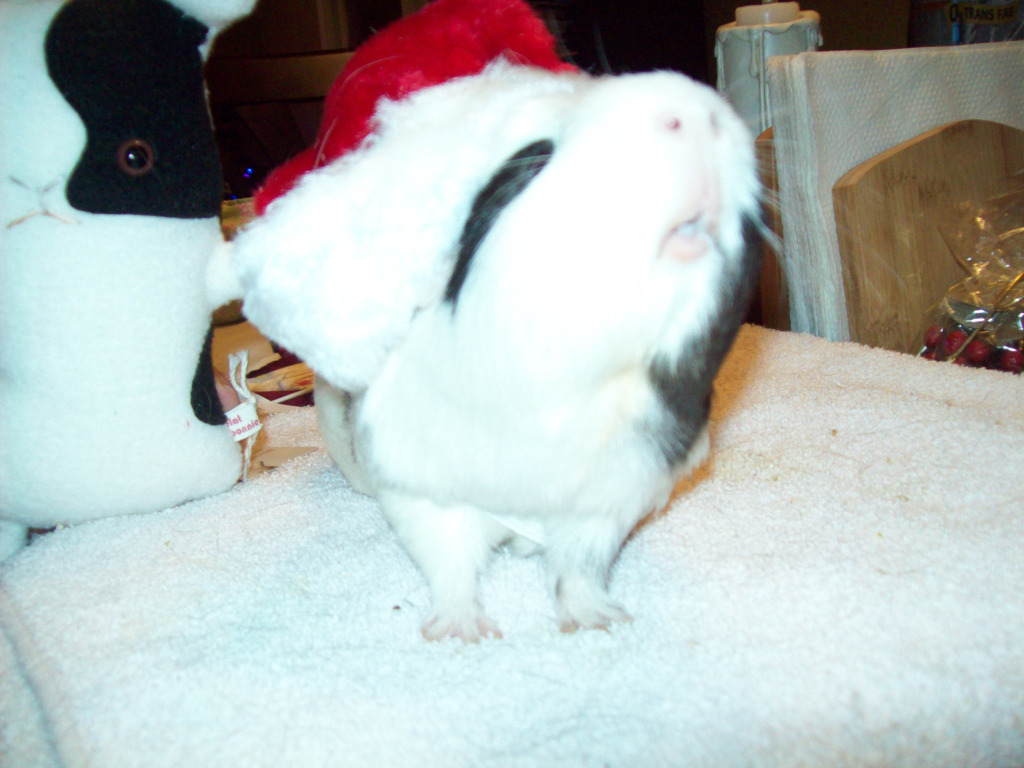 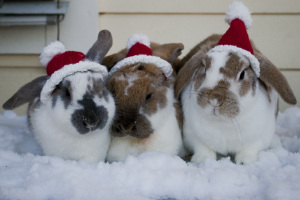 Merry Christmas to all of you! Hope that you are having a wonderful time with your families!