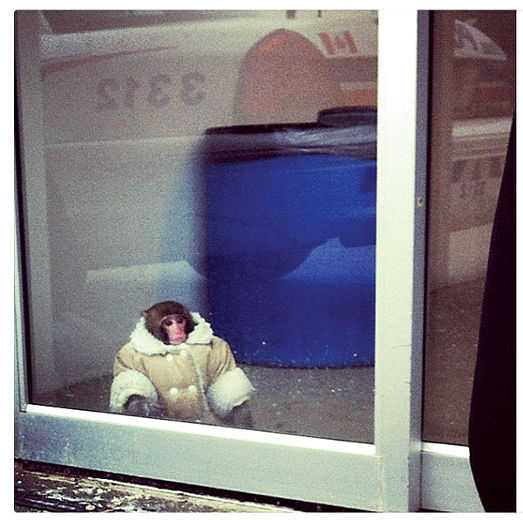 Did you keep up with the news story about that pet monkey Darwin who was lost at an IKEA? His case is now in court to decide if he will be returned to his owner. 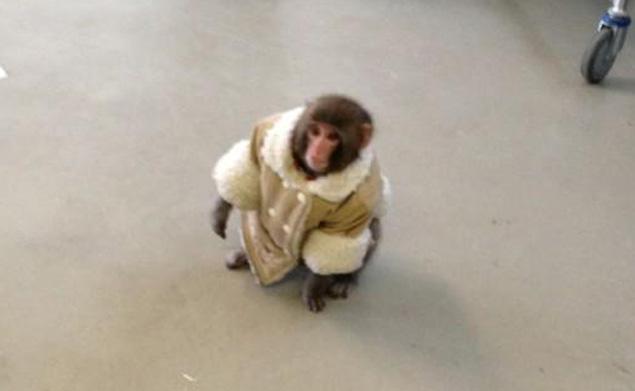 If you did not see the original story, a year old rhesus macaque named Darwin was found wearing a diaper and faux shearling coat in a Toronto IKEA parking lot last December. He escaped his crate in owner Yasmin Nakhuda’s car while she was shopping in the store. It is illegal to keep monkeys as pets in the city so once caught by Toronto animal services Darwin was taken to Story Book Farm Primate Sanctuary. Yasmin was charged with animal abuse but that charge has been dropped.

Yasmin wants Darwin back and is currently in a legal battle. She says she was tricked into surrendering the animal once coming forward as Darwin’s lost owner, did not know it was illegal to keep him, and that she is willing to move where it is legal to own such pets if the court allows his return.

She has a facebook page dedicated to her cause called Darling Darwin Monkey, which features pictures, videos, and a lot of debate amongst people for and against her cause.

The contents of the Facebook page depict her as a loving owner whom Darwin bonded with. But many animal activists believe it is cruel to own primates because of their needs and intelligence. Some can become aggressive and dangerous as they reach maturity. Macaques are known to carry diseases like Hepatitis B and Herpes which can be transferred to humans.

What do you guys think? Would it be better for a monkey born in captivity and bonded to a human to be given back to that person, or should the animal go to a more natural environment in an animal sanctuary?

I will update when the court makes a decision later this month.

Here are a couple pictures from Darwin’s Facebook Page: 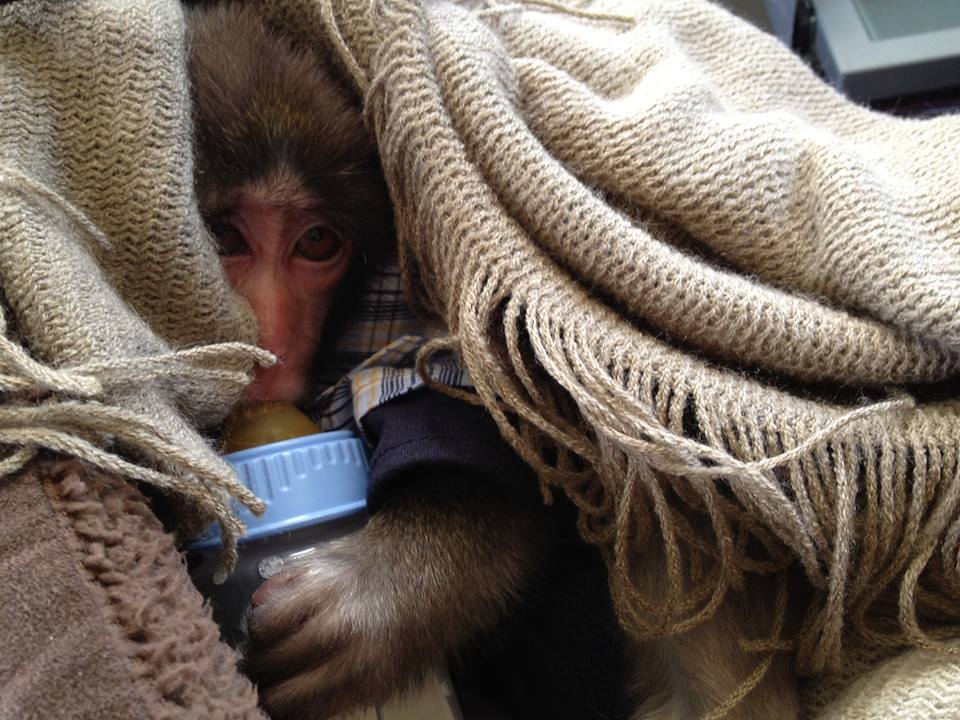 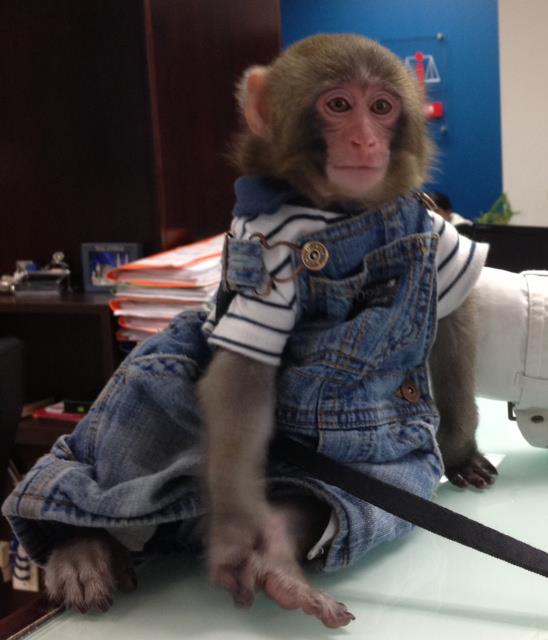